Steel Panther consisting of frontman Michael Starr, guitarist Satchel, bassist Lexxi Foxx and drummer Stix Zadinia have come up with a video for their ‘black metal’ version of their track “Let’s Get High Tonight.” The video will be released to the public at the end of the next month. However, Steel Panther‘s video is available for viewing to select people including those who purchase tickets to the band’s upcoming live stream concert Rockdown In The Lockdown, which will be held on August 16, 2020. 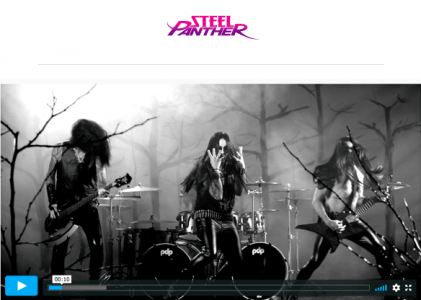 The comedy glam metal rockers have already released two videos including a ‘boy band’ version for their single “Let’s Get High Tonight” from their latest studio album Heavy Metal Rules.

“You asked for it!

And you know we love to deliver! The all Black Metal version of the Let’s Get High Tonight music video is now available ONLY in the Rockbuster Video Archive! We’re not going to release this to the public until the end of next month so you’ll get to see it way before anyone else. How do you get access? Easy.

Buy a ticket to the upcoming Rockdown in the Lockdown! That ticket automatically gives you access to the Rockbuster archive which also includes the Concert To Save The World and Live From Lexxi’s Mom’s Garage!

If you’re a Rockin Like Dokken or Balls Out level member Fanther, you’ve already got access. Likewise, if you’ve purchased a Butthole Burner, you’re good to go.

See you at the Rockdown!”