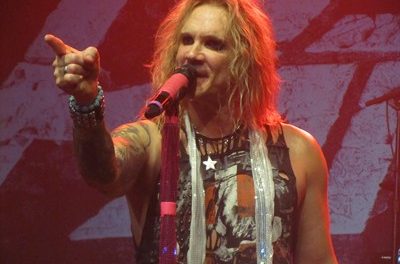 Apparently Steel Panther‘s frontman Michael Starr should be called Dr. Michael Starr given that the glam metal singer obtained a PhD in English Literature from the University of California, Berkeley reportedly in 1991. 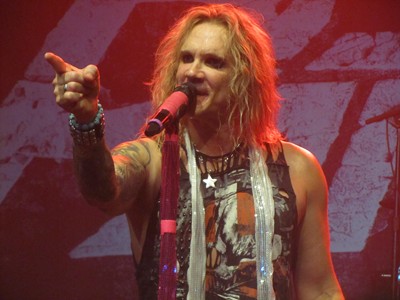 has recently published an article about nine rockers who have PhDs including Starr.

Wikipedia describes Starr‘s personal life as follows: “[Ralph] Saenz was raised primarily in Van Nuys, California, where his father was a college professor. Saenz himself earned a PhD in English Literature from the University of California, Berkeley (c. 1991), and was briefly an assistant professor of literature and cultural studies, at Texas A&M Commerce. Saenz and his wife, Jocelyn, live in Los Angeles, California. He was interviewed by the Swedish magazine Hårdrock, where he revealed that he is half Swedish and half Spanish.”

Starr was interviewed by Shane Pinnegar of The Rock Pit back in July 2011 and made a few comments regarding his education: “Well for one, I used that to get my apartment because they had to run a credit check, and Michael Starr really can’t get any credit, if you know what I mean.” Starr also stated: “As far as the Literature Diploma’s concerned, let’s just say that my Dad’s pretty smart – it’s nothing to do with me (laughs).”