Big news for SteelCity as the melodic rockers led by guitarist Mike Floros have announced that their new lead vocalist to replace powerhouse singer Bryan Cole will be none other than The Fifth and ex-Cold Sweat singer Roy Cathey. 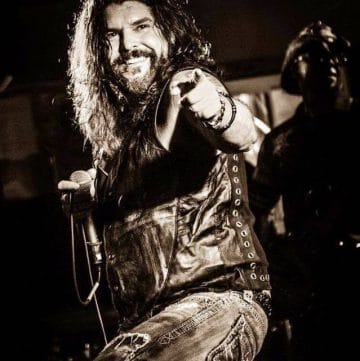 SteelCity posted the following message on Facebook less than an hour ago with a video from Cathey below (with slight edit):

“The “Powers the Be” have given the green light, and we are happy to welcome to SteelCity the one and only, Roy Cathey. NEW ALBUM Spring of 2019″

Cathey stated the following in the Facebook video (as transcribed by Sleaze Roxx):

“What’s happening everybody? I hope that everyone had a fantastic Christmas and I hope that 2019 is treating you right so far. With that being said, 2019 is looking like it’s going to be one of my busiest years as an entertainer and with that being said, I am happy to announce that I am the new vocalist for Kivel recording artist SteelCity. That’s right! You heard it here first. I am singing for SteelCity in 2019. There’s going to be some shows announced in the future. The band and myself have already entered into the pre-production stage and I’m really looking forward to going into the studio and singing these songs for you folks. So once again, 2019 is going to be a busy year for me. I am the new vocalist for Kivel recording artist SteelCity and I am looking forward to seeing all you out on the road in 2019. Have a great one everybody, a great weekend. Happy New Year!”

Sleaze Roxx stated the following in its review of SteelCity‘s debut album Fortress: “If you like melodic rock, SteelCity‘s debut album Fortress will likely hit the spot and be one of the better albums that you’ll hear this year. Again, given my tendency to gravitate towards the harder edged sleazier material, I sometimes really like Fortress and sometimes can’t get through it due to the lighter fare melodies. In any case, Fortress is definitely worth checking out and if you like melodic rock, odds are that you’ll love the album.”