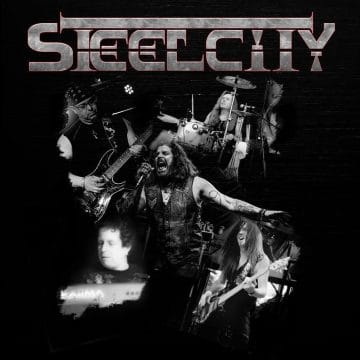 (House of Lords, Maxx Explosion) have unleashed a lyric video for their new song “A Little Love” from their upcoming sophomore album Mach II, which will be released via Kivel Records.

The group describes itself as follows on its Facebook page: “SteelCity is a hard rock band signed to the Kivel Records label. We are based throughout the United States but our name is derived from the hard-working, blue-collar, Mid-Western town of Youngstown, Ohio, which was known to be “The Steel City.””

“If you like melodic rock, SteelCity‘s debut album Fortress will likely hit the spot and be one of the better albums that you’ll hear this year. Again, given my tendency to gravitate towards the harder edged sleazier material, I sometimes really like Fortress and sometimes can’t get through it due to the lighter fare melodies. In any case, Fortress is definitely worth checking out and if you like melodic rock, odds are that you’ll love the album.”