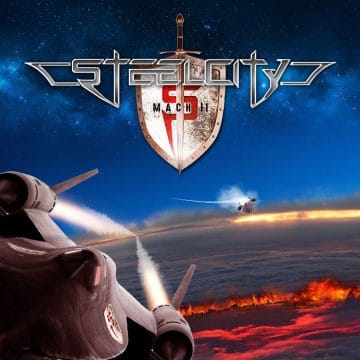 Zampa and keyboardist Tony Stahl have signed with Perris Records and will be releasing their sophomore album Mach II on March 20, 2020.

Band leader and guitarist Mike Floros states: “While searching for a new record label to call our home, SteelCity was diligent in its quest. Our goal was to find someone with a worldwide distribution network, a strong belief in our music, and the dedication to share it with as many people as humanly possible. One name was on the lips of everyone we spoke with and that was Perris Records. We’re truly excited to call Perris home and look forward to a fantastic relationship.”

Video announcement by Mike Flores and Jason Cornwell at NAMM:

SteelCity is excited to announce that we’ve signed with Perris Records! With a list of artists that includes Helix, Heaven’s Edge, 99 Crimes, and Morano, we…

Perris Records president Tom Mathers adds: “Mike contacted me about releasing “Mach II” and after hearing the music, I thought it was a perfect fit for Perris. This is a perfect followup to their last release ‘Fortress‘. Fans will be blown away by the songs and quality of the recording for this melodic hard rock masterpiece.”

On January 2nd, the band released this lyric video for ‘Hearts On Fire’, the first single from ‘Mach II‘ available here:

Thunder & Lightning. Two words that can be used to describe the incendiary sound that is SteelCity. Thunder by way of a booming, monstrous rhythm section. Lightning in the form of heavy, riff-driven guitars, soaring lead vocals, and lush harmonies. 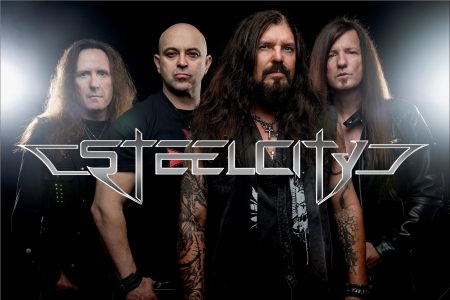 This is hard rock music that truly mesmerizes the listener the very instant they hear it unleashed. Brash yet sophisticated, unapologetic yet still heartwarming, SteelCity provides an unabashed homage to the golden age of hard rock, harkening back and speaking directly to you, becoming part of the soundtrack of your life. Initially started as a solo project by founding member, principal songwriter, and guitarist Mike Floros, SteelCity evolved into the band that it is today.

By carefully assembling the most skilled, talented rock musicians available, Mike formed a band that is a vaunted force in the melodic hard rock world. Enter Roy Cathey, lead vocalist extraordinaire. As a member of the early-90s sensation Cold Sweat, his Herculean voice has been appreciated by audiences worldwide. Holding down the bottom end is Jason Cornwell. An experienced studio and touring musician, “The Boston Bassman” has shared the stage with such luminaries as Eric Martin. BJ Zampa brings the heat from behind the drum kit. BJ brings style, substance, and fury to fuel the band. Rounding out the group is Tony Stahl, whose keyboards bring texture and depth to SteelCity’s songs, thus completing the shape of their sound. 2019 was a challenging year for SteelCity, as we were tasked with following up our successful debut, Fortress. To a man, not only did we meet the challenge but surpassed it. Great songwriting, powerful production, and amazing performances abound on our latest effort, Mach II. We hope you love listening to it as much as we loved making it for you.