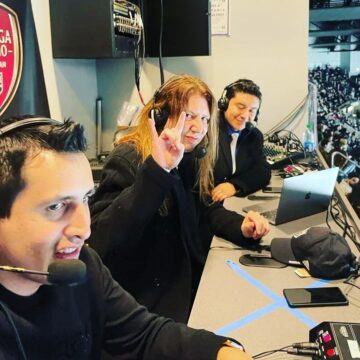 Lynch) was interviewed by radio broadcaster Francisco Rivera between the second and third period intermission at the NHL Los Angeles Kings vs Minnesota Wild hockey game at the Staples Center in Los Angeles on Saturday, December 11, 2021. Andersson ended up staying on the broadcast and he provided some play-by-play commentary during the entire third period. The Kings won the game 2-1 against the Wild.

“SteelHeart is currently working on their 30th anniversary album/DVD and the new single “Trust In Love” which is sang in ten different languages including Russian, Spanish, Portuguese, Hindi, Chinese, Japanese, Croatian, English, Korean, Italian and with plans to add more. Over 350 friends and fans have submitted their singing for the chorus of “Trust In Love”, scheduled for release in 2022.