SteelHeart featuring frontman Miljenko Matijevic have released a video for their song “My Dirty Girl” from their latest studio album Through Worlds of Stardust, which was released via Frontiers Music Srl back in mid-September 2017. The footage for the video comes from SteelHeart performances in Busan, Korea and Tokyo, Japan. 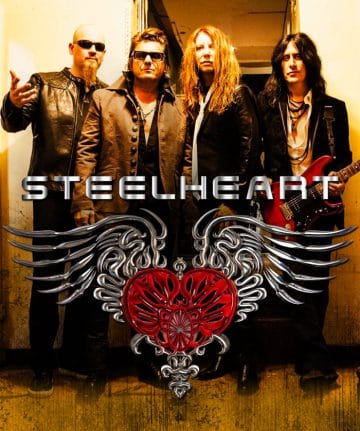 “Legendary rockers SteelHeart have been performing throughout the world for over 30 years. Recently, the group headed over to the proud country of Korea to perform at the Busan Rock Festival and treated the capacity crowd of over 25000 to a performance of a lifetime. They then jetted off to Tokyo for a hot, sweaty and explosive theatre show. Luckily for fans around the world, the band brought along their ﬁlm crew to capture every detail. Combined SteelHeart have created a sureﬁre video that oozes with the sexy and excitement of a SteelHeart live show.  You’ll want to watch this over and over again to capture the energy and power of the band. Powerhouse vocalist Miljenko Matijevic providing notes for the Gods while Goddesses dance to the track. If you think this video deliberately went out of its way to evoke the fun of yesteryear Rock N’ Roll – you’d be right! Rock doesn’t need to be serious. It MUST be fun and SteelHeart delivers in droves and won’t stop until every fan has had their share.”

Subscribe To Be Alerted When We Add New Videos -SteelHeart Official You Tubehttps://www.youtube.com/channel/UChgmJuHorKKTzdQxHLJSIbQ”MY DIRTY GIRL” – (Live i…