SteelHeart frontman Miljenko Matijevic was recently interviewed by Andrew Catania for All That Shreds and spoke about surviving his accident in 1992 and his role in the movie Rockstar featuring actor Mark Wahlberg. 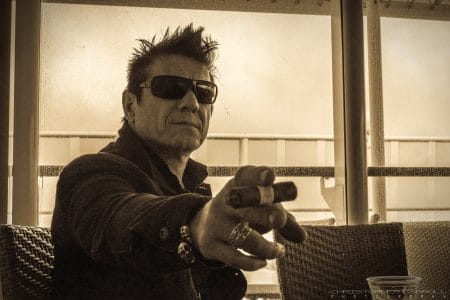 Matijevic advised: “I should’ve been dead the way I was hit on stage.  Then they put me on an airplane.  With the pressure of the cabin on the airplane, you never put someone with a head injury on a plane. I don’t want to have that title of the most famous unknown singer in the world.  They hid me from being the voice of Mark Wahlberg in Rockstar. They had a gag order on it but by now everyone knows I was the voice of Mark in Rockstar. I’m actually looking into putting something together about that.  When I get more details I’ll be sure to share them with my fans.”

When asked whether he is putting a movie together about your career, Matijevic indicated: “I have a whole movie that we need to finish cutting. It’s all about my entire journey up to where I am today. Fourteen terabytes of raw footage for ten years. I’m excited to finish that for everybody so you can see what I went through.”

With respect to Matijevic‘s plans for 2019, the singer stated: “I have the movie about my life that needs to be cut. I have another film about the making of Through Worlds of Stardust. I had a camera guy who lived in my house for six months just filming me during the process of making the record. I have the Miljenko solo album coming out. I’m releasing a song on Valentines Day called ‘I’m So In Love With You.’ It’s a song from Through Worlds of Stardust. I re-recorded it with four cellos, a contrabass, and filmed the video in Croatia. We also have the 30th-anniversary of Steelheart in 2019 that were putting together a whole package for.”

You can read the rest of the interview with Miljenko Matijevic at All That Shreds.