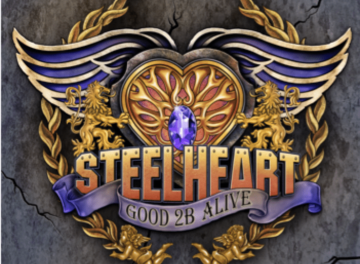 SteelHeart featuring frontman Miljenko Matjević have released a video for their latest single “Good 2B Alive.”

For The Win Media‘s press release indicates (with slight edits): 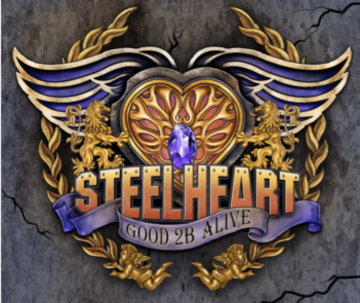 “Today Steelheart is proud to release the epic music video for the most recent single “Good 2B Alive.”  The song, written as an ode to the appreciation of life – savoring what we have rather than lamenting what we don’t.  The music video will be released the same day as Metal Edge’s feature on Miljenko Matjević (aka Steelheart) that discusses his tragic injuries and his triumphant return to music.

“Good 2B Alive is a song that is very dear to my heart,” explains Matjević. “I wrote this song reflecting upon my past.  Considering the depth of my accident in 1992, I shouldn’t have made it off that stage alive. I was gifted to live again. We all get sidetracked by the complexity of our day-to-day lives and we forget how delicate and precious life truly is. This is it – time is ticking right now. Live, Love and enjoy the gift.”

Matijević is a world-class vocalist who has performed as lead singer for The Doors and as the voice for the ‘fictional’ rock band Steel Dragon from the film Rock Star (starring Mark Wahlberg and Jennifer Aniston). With 30 years of hit songs and world-traversing tours under his belt, he is releasing singles like “Good 2B Alive” as part of a SteelHeart 30th Anniversary album.

Steelheart is readying its ‘Steelheart TV’ launch – a compendium of Steelheart’s video offerings throughout its 30-years of touring and recording.

Steelheartstore.com recently launched and offers everything from experiences to clothing to jewelry – all top of the line items.”