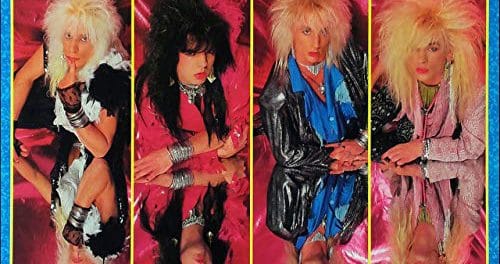 Former Tigertailz lead vocalist Steevi Jaimz was recently interviewed by the 80’s Glam Metalcast podcast. Jaimz handled the lead vocals in Tigertailz from 1984 to 1988 and was part of the band’s breakthrough debut album Young And Crazy, which was released back in 1987. 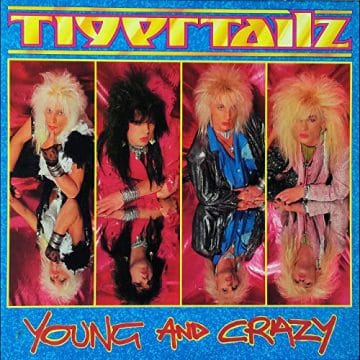 Jaimz was asked whether he would reunite with current Tigertailz guitarist Jay Pepper to which he replied (as transcribed by the 80’s Glam Metalcast podcast: “I emailed Jay and asked if he wanted to get together for a one off gig at the Borderline in London. We would have me, [drummer] Ace [Finchum], Jay, and [lead vocalist / rhythm guitarist] Kim Hooker. We could do 1/2 the set of “Young And Crazy” and the other 1/2 “Bezerk”. We could do it for charity, because The Boy [Pepsi Tate] obviously had died. We’d give 1/2 to his cancer charity and the other 1/2 to a diabetic charity because I am a type-1 diabetic. He flat out said no. So I’ve tried. I figured after all these years, if you can’t put your differences aside for a one off charity gig, then there is no point asking anymore. You can only ask someone so many times.”

With respect to the real reason why he got fired from Tigertailz compared to what Pepper had indicated on a prior 80’s Glam Metalcast podcast, Jaimz indicated: “That I was fighting with journalists and got in a lot of scrapes? No that’s bullocks! Well some of it’s true. I upset some journalists. The one I vividly remember was at the Marquee. The guys in Tigertailz were egging me on to blow smoke in this guys face. So I took a big cigar and blew smoke in his face because he gave us an unfavorable review. I never punched any journalists… that’s an absolute lie! I may have upset a few because I was defending the band, and they were backing me up on it. It’s almost like they were setting me up to fall, like a scapegoat. The management and the record company Music for Nations, Martin Hooker the head of the company [he died recently] absolutely hated me. He had me in the office all the time. He was saying “This has gotta stop”. I told him we were getting publicity, selling records out of it. So we had done some demos, and the head of the label said they were a bunch of rubbish, and they had to get rid of me.”

You can listen to the interview with Steevi Jaimz by the 80’s Glam Metalcast podcast below: