With the recent news that guitarist Chris Sanders is no longer in Ratt and has apparently retired from the music industry, one name that keeps coming up as his replacement is none other than Ratt frontman Stephen Pearcy‘s long-time collaborator and solo band guitarist Erik Ferentinos, who currently plays lead guitar in Bow Wow Wow. 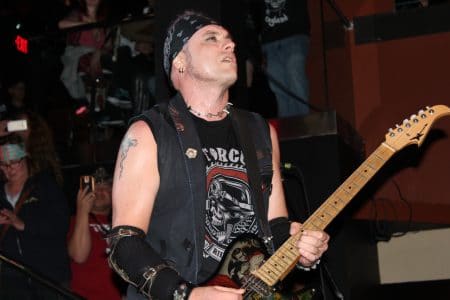 “Wearing my Bow Wow Wow tee from my Ratt Bastard Erik Ferentinos at RATT rehearsal tonight Juan Croucier the Cellar for a one off show this weekend before the 2020 tour tba. ?????RATT at

Ferentinos was interviewed by Rob Loiacano for the All Music/All Bands‘ Facebook page back in November 2019 and was asked why he had been pulled off the Ratt tour featuring Pearcy and bassist Juan Croucier to which he replied: “It wasn’t my decision. We were in the middle of recording “View to a Thrill” when the courts sided with Stephen and Juan on the Ratt name. I thought we were going to tour and promote the new record. Stepheninitially offered me the rhythm slot for Ratt and I reluctantly agreed to it. About a week went by and I didn’t hear anything. When I called him, he told me that if he hired me in Ratt it would sink the solo band. He made it clear that he still wanted to make solo records and tour in the future. I was quite bummed out to be sidelined like that after 18 years of playing together, but it’s not about me. It’s about Ratt and what’s best for Stephen and Juan‘s version of it.”

Of note, Bow Wow Wow are currently on tour but not scheduled to play on February 22, 2020. 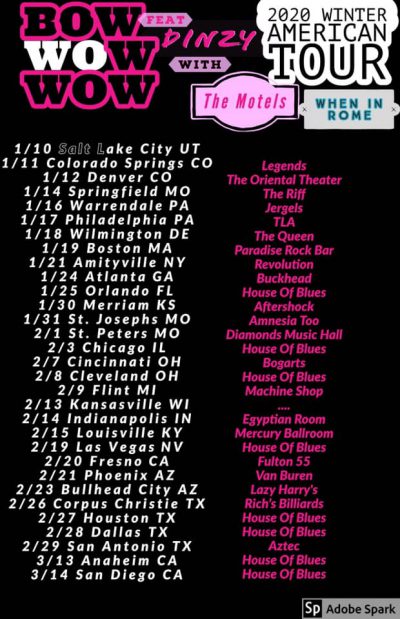