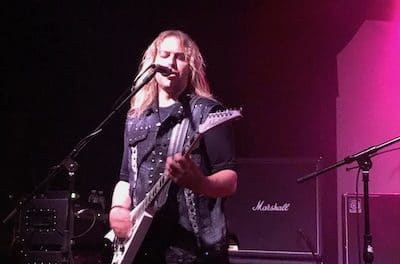 One day after Metal Sludge reported that former Britny Fox guitarist Chris Sanders was no longer in Ratt, the group’s frontman Stephen Pearcy was interviewed by Cameron Buchholtz of Rock 100.5 The Katt presents No Brown M&Ms radio station (on February 18, 2020). 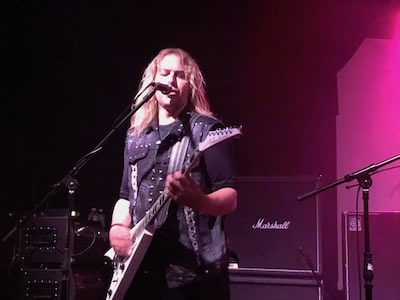 When asked who was in the band considering that there were rumours that a guitarist was no longer in the band, Pearcy, replied: “There’s, there’s Jordan Ziff, our lead guitarist, [there’s] Juan [Croucier] whose on bass, Pete Holmes on drums and myself, and our guitar player, that was Chris [Sanders], he’s a little M.I.A. [missing in action] right now. So, it’s not concerning at all. It’s not a big issue.”

You can listen to the interview with Stephen Pearcy by Rock 100.5 The Katt presents No Brown M&Ms radio station via the Audio Boom website.

Jackson Guitars indicates Sanders‘ “Bio” as follows (with slight edits): “Chris Sanders is an American rock guitarist and songwriter, who has served as lead and/or rhythm guitarist for acts such as Ratt, Britny Fox, Lizzy Borden and London. With those rock and metal acts, he has enjoyed playing some of the most notable stadiums and festivals in the world. Sanders also created rock/metal band Knight Fury, which brought together vocalist William King, bassist David Ellefson (Megadeth), drummer Ken Mary (Alice Cooper, Impelliteri, Fifth Angel) and keyboardist Adam Emmons. Sanders also produced their entire debut album, Time To Rock.“