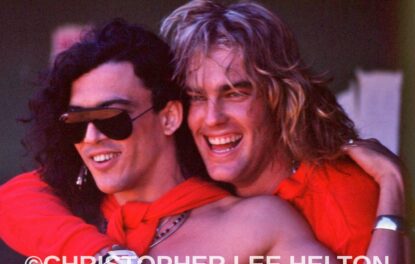 One is only left to wonder where would Ratt be today if guitarist Robbin Crosby was still alive and had gotten his life together before it spiralled out of control with drugs amongst other things. Crosby died on June 6, 2002 at the age of 42 from a heroin overdose / AIDS complications. However, he was an integral part of the band from 1983 to 1991, which released its biggest albums — Out of The Cellar (1984), Invasion of Your Privacy (1985), Dancing Undercover (1986), Reach For The Sky (1988) and Detonator (1990) — during that period of time. 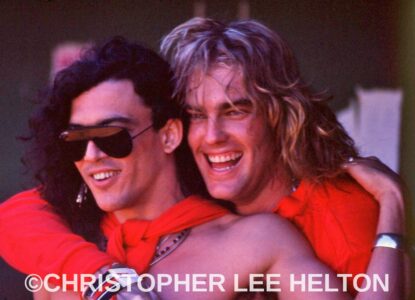 “Let’s not forget Robbin “King” Crosby on this (40) year anniversary of RATT n’ Roll! Robbin was very instrumental in the creation, development, image and of course co writing the music with us in RATT circa 1983-1991.

When his band Mac Meda imploded in 82, he would come out and jam with the band when Jake E Lee was the guitarist. Jake the left, Robbin and I decided to create the RATT as we all know in the books today.

The first song we wrote together “You think you’re Tough” from the RATT EP 1983 was the song that hit local L.A radio KLOS, KMET and got the band noticed besides our live club show performances. In the end regardless of life choices, Robbin lived and breathed the band 24/7, no bs 110% all or nothing. We knew what we wanted day one, what we wanted to achieve and we set our goals and we we did it. More then we would even know.

Robbin was the heart of the group, the one who kept us in line, my right hand man from day one. He lost his way as some do in this business unfortunately, but always kept integrity. It’s a dangerous occupation.