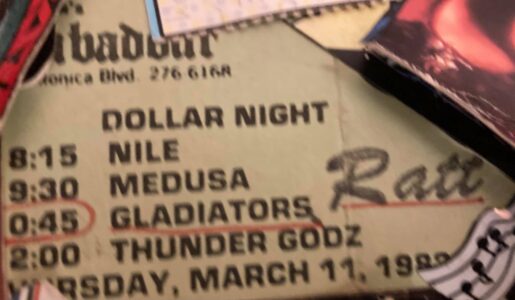 Ratt frontman Stephen Pearcy continues to post on Facebook some fun and interesting stories about his band’s early beginnings.

The following message was posted on Pearcy‘s Facebook page back on May 28, 2021:

““Backstage Past”, circa March 11, 1982 RATT perform under another name at the Troubadour in Hollywood. “We had already played there many times, but Doug Weston owner said he didn’t like the band name all of a sudden, so if I didn’t change it, we couldn’t play there. I tell him wtf, ok. Ok, I’m calling the band “Gladiators” after the party street gang that Robbin, myself, Nikki Sixx Vince Neil sometimes Tommy Lee had called ourselves hanging out on the strip. So for one night ONLY I stamped RATT on, we played under another name. After the Sold Out show, Doug said I could play there as RATT on weekends now. Little did he know my sites were set on the Whisky A Go-Go . I think he knew that anyway”. The rest is history. #backstagepast #stephenpearcy #concert #producer #kristiadair #comingsoon” 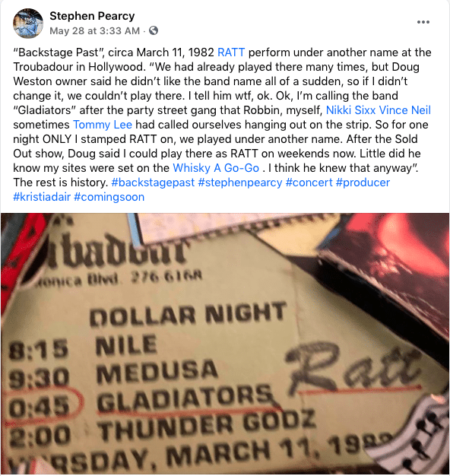