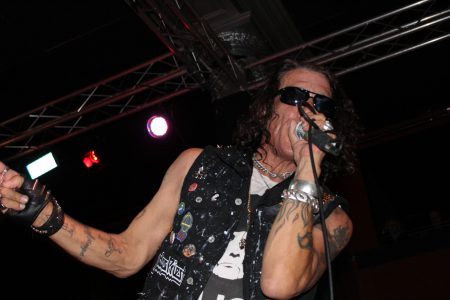 Stephen Pearcy has a lot of music that will be getting released in 2023 including another Ratt ‘Best of‘ album. Ratt‘s previous greatest hits albums consist of the Atlantic Records releases Ratt & Roll 81-91 (1991) and The Essentials (2002) along with the Rhino Records releases Ratt: Metal Hits (2003), Tell The World: The Very Best of Ratt (2007) and Flashback With Ratt (2011).

“STEPHEN PEARCY Back in the seat!

Where I should of, would of, could of, and should be. The reason I didn’t drive a top fuel car as a teen is in my first book, “Sex, Drugs Ratt n’ Roll”. We’re still doing cross marketing with the top fuel cars today and I’d like to have a car out next year with TFE.