One would have thought that after winning the rights to the Ratt trademark over drummer Bobby Blotzer, the Ratt line-up of singer Stephen Pearcy, bassist Juan Croucier, guitarist Jordan Ziff and drummer Pete Holmes would have been able to write some new songs and even release a new studio album by now. However, in the last few months, Pearcy has expressed some frustration with new Ratt material not coming to fruition. 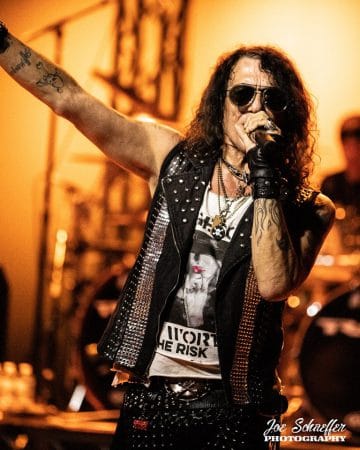 It seems that the litigation between Blotzer and Pearcy / Croucier over the Ratt brand finally came to an end in November 2018 when Justice Dean D. Pregerson of the United Stated District Court, C.D. California concluded in his Order dated November 9, 2018 that the issue pertaining to WBS, Inc. having obtained ownership of the Ratt trademarks had already been determined in prior court rulings in favour of the Ratt partnership that included singer Stephen Pearcy and bassist Juan Croucier, and therefore Blotzer and WBS Inc.‘s attempt at re-litigating that question was inappropriate.

In an interview with Sleaze Roxx back in May 2019, Pearcy indicated that Ratt would have at least one or two new songs released in 2020. Pearcy also indicated during that interview that Blotzer and guitarist Warren DeMartini had been “dismissed” from the band.

In mid-October 2020, Ratt announced that new music would be released in 2021. However, a few days later, Pearcy announced that he would be booking solo shows and that Ratt would not be recording any new music anytime soon.

“SEPearcy and bassist Jerry Montano at Pearcy’s working on new music. Stephen say’s; “Again writing for my band RATT, but I don’t think we should fuck with the integrity anymore, I tried to make a record happen pre covid. Frustrating, so unless the original band is working on a new record, it’ll end up on my next solo record due summer 2021”. www.officialstephenpearcy.com … Erik Ferentinos #rattproblem”