Former Ratt frontman Stephen Pearcy has announced that his next solos album Smash will be released in 2017 via Frontiers Music Srl. 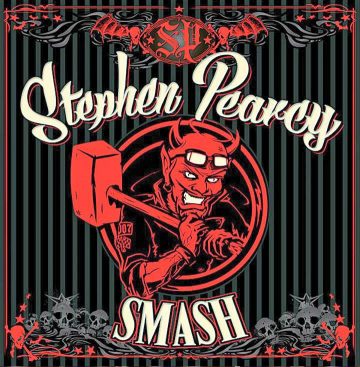 The following message was posted on Pearcy‘s Facebook page (with slight edits):

Frontiers Music Srl is thrilled to announce the signing of Stephen Pearcy for the release of his fourth original solo album, “Smash”.

Stephen Pearcy, best known as the original vocalist and founding member of the platinum rock band Ratt, has been working hard to complete his highly anticipated new album, while at the same time keeping busy performing shows across the U.S. “I am very happy with the new music and the diversity of the songs. It’s taken some time. I’m sure all the fans will be excited too. Also, to be involved with the Frontiers Music family is way cool,” says Stephen about the new songs which are coming to life now.

The good news is that the first taste of new music has been already made available!

Check out “I Can’t Take It” below from Frontiers Music Srl 2016.

“Smash” will be mixed and mastered by none other than the legendary Beau Hill, the producer of Ratt‘s first four albums, among many other hit records. Stephen will be supporting “Smash” with live dates in the U.S. and internationally.