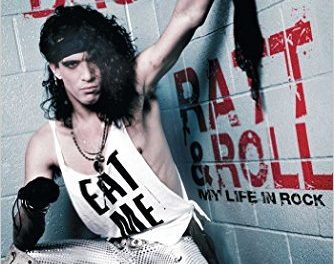 Stephen Pearcy to write sequel to his book ‘Sex, Drugs, Ratt & Roll: My Life In Rock’

Good news for fans of the book Sex, Drugs, Ratt & Roll: My Life In Rock from Ratt‘s frontman Stephen Pearcy as the singer advised 100 Percent Rock Magazine in an interview that he intends on writing another book. 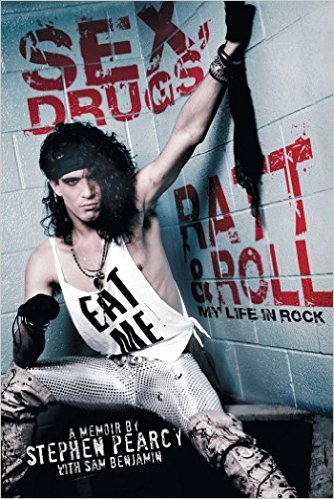 When asked by 100 Percent Rock Magazine whether there would be another book, Pearcy replied: “Yes. I’m actually going to start up on one. I’m going to fire up another one and start doing it. By the end of the year it should be ready to start going.”

In terms of the anticipated contents of the new book, Pearcy stated: “… I think it’s going to be more about the music, the people, and maybe some fun stuff. Pretty much the reality, the Christmas tree of the people involved. Where I was to get to where I am. Things like that. Some history insight, business insight and different things, but fun. Not so serious, but still you get a kick out of it.”

Pearcy was also asked how he finds material for his label Top Fuel Records to which he replied: “… I go out and scout stuff, but I’ve also made the mistake of getting bands, putting them in the studio and then, unfortunately, watching them implode. So the people I get involved with, they have to be of a certain caliber. They don’t have to be successful. I know when they’re successful – the minute I hear them. It’s keeping them together, what garbage is with them, who’s locked them into what. They don’t know, they could be signing over their publishing with somebody they don’t even know saying “I’ll get you gigs, but here you have to give me that and this. If somebody else comes around they got to buy me out”. There’s a lot of work into that. There’s still freaks out there that try to pull that. Kids are smarter – younger people who are in bands now – they’re learning. Their whole world is the internet. You can make it on the internet, you know> you can get discovered there. But I absolutely do get submissions and CD’s sent to me and people inquire, and if they’re interesting enough to me? Sure, I’ll invest and put into it. I license my records out. Even ‘Smash’. It was licensed to Frontiers. You know, it’s Top Fuel. So I just learned to do things a certain way, to where you’re not just giving it away.”

You can read the rest of the interview with Pearcy at 100 Percent Rock Magazine.