Other than Ratt, hard rock and heavy metal fans would probably be hard pressed to come up with a platinum selling ‘hair metal’ band that has yet to release a live album. That is apparently about to change for Ratt as the group’s frontman Stephen Pearcy has announced that a live album is in the works.

“There’s was a reason why RATT never put out any “Live” records, we wanted you to experience the full assault. Experiencing the vibe, people, smell, power, lights and sound, the big picture. There’s bootleg cds out to this day that get close, but not really. I’m going to get the best RATT LIVE record out soon enough people. It’s time, and I’ve got the biggest collection of live Ratt 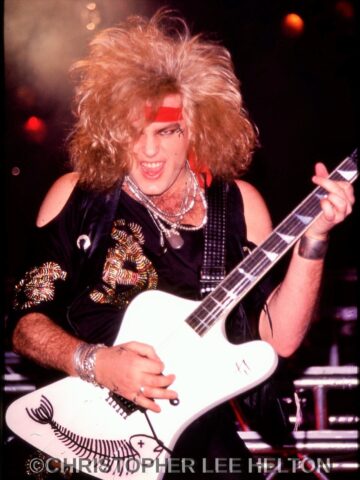 over the years to accomplish just that. Sound and visual, Stay tuned. Until then, here’s a little “Drive Me Crazy” Live 86-87 from the “Dancin’ Undercover” Tour.