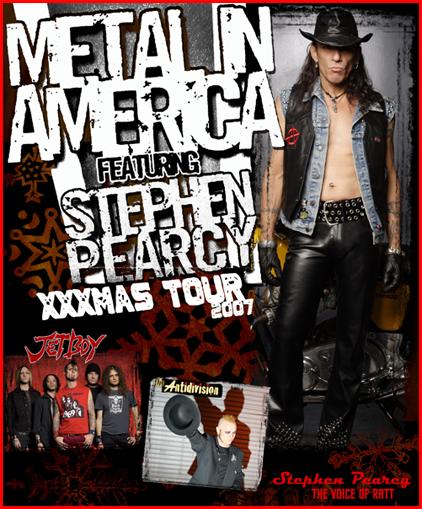 Stephen Pearcy, who is completing his 3rd solo CD “Under my Skin” (on his own label Top Fuel Records) will take his Rat Bastards out with special guests “Jet Boy” and Top Fuel artists,”The Antidivision”.

Pearcy says, “I’ll keep establishing “M.I.A.” for TFR acts, and a place for me to try out my new muzik. The new songs from “Under my Skin” are much brighter topics and Ratt like in elements. A lot less aggressive then the last two solo CD’s. More of what is and not expected. I’ve been working on the record on and off for almost a year!”

“Under my Skin” will be released in Japan first, then the U.S. with worldwide distribution under a new deal for Pearcy and the Top Fuel Records label.

Dates to be posted soon.