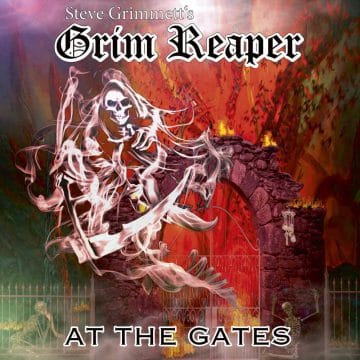 “The long awaited fifth opus from Grim Reaper hits the shelves October 11th 2019 and it’s been worth the wait. Titled “At The Gates”, the album contains 11 tracks of pure British Heavy Metal.

The band will also tour the USA throughout August and September. There will be a special one off UK album launch party show at London’s Boston Music Rooms on October 12th.