Will paid Meet N’ Greets be a thing of the past?

It seems that people’s thoughts on paid Meet N’ Greets have always been divided with some people jumping at the chance to pay hundreds, if not thousands, of dollars to meet their rock n’ roll heroes while others loath the idea of paying money simply to meet someone from what might amount to a few minutes at most. 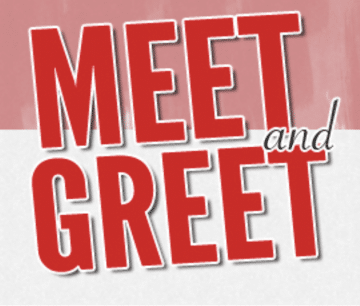 As an example, KISS were charging between $1,000 to $5,000 US for various Meet N’ Greet packages for their End of The Road World Tour.

The divided opinion on Meet N’ Greets is also prevalent among performers with many artists refusing to charge their fans to meet them including Return of The Comet band members, former Iron Maiden singer Blaze Bayley and ex-White Lion frontman Mike Tramp. That being said, the latter two do provide free Meet N’ Greets at their shows but they are usually strategically stationed at their merchandise booth when doing so.

Other artists such as Y&T frontman and band founder Dave Meniketti previously opined that holding Meet N’ Greets was the equivalent to “gouging” fans only to change his mind a couple of years later to offset increasing tour costs.

Tuff frontman Stevie Rachelle is apparently among the ones opposed to paid Meet N’ Greets and the singer is apparently rejoicing at the fact that this practice may be a thing of the past with the coronavirus pandemic forcing the world to practice “social distancing” or “physical distancing” with currently no vaccine in place to combat the deadly virus.

The following message was posted on one of Rachelle‘s Facebook page yesterday:

“Maybe this was God’s way of saying: “Okay all you Rock Bands, charging fans for Meet N’ Greets… I’ll put an end to this overpriced nonsense”

Will this Coronavirus forever change the Paid Meet N’ Greet?

I think this year it’s officially out the window…”