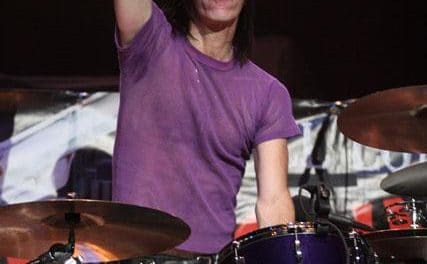 Steve Riley and Tracii Guns each own the L.A. Guns name and badge but do not share earnings

L.A. Guns and ex-W.A.S.P. drummer Steve Riley was recently interviewed by Blabbermouth and spoke about how the arrangement works between he and guitarist Tracii Guns who both own the L.A. Guns name.

Riley was asked if he and Guns pay each other a certain percentage of their earnings to which he replied: 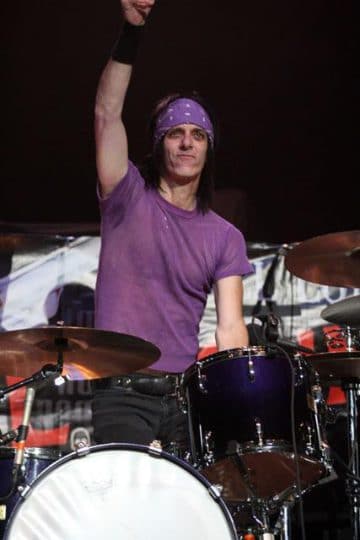 “We don’t ever share what each guy is doing. We just own the name together, and we own the badge together. We did that together as partners, and we were partners when we did that. We were solid, and it was something that he insisted on and I insisted on, and it was just something that we did [because] we had plans to stay together for a long, long time. It didn’t happen, but that’s how it came about — we were the last two original members standing, and we were the ones that ended up with the name.”

In terms of what people who think that both Guns and Riley should not continue with their own L.A. Guns entity, Riley opined:

“People have to understand, if there’s two original guys that co-wrote and played on everything and [were] in every photo… We were part of the original lineup through the whole thing, and then me, I went on for another 25 years after that in different incarnations, keeping L.A. Guns going, so the whole thing is, we’re proud of our music — we’re proud of the legacy of L.A. Guns and what we did, and we’re not afraid to go play our songs. That’s exactly what we’re going to do. The songs outlive the members, and the songs are what the whole real legacy is about the band.

We’re not going to compete with those guys, [where] they play one club and then we go through there two months later. We’re not going to do any small venues or anything in sports bars. We will do M3. These guys have turned it down, they’ve canceled two years in a row and they’ve caused a lot of strife over there, when those people have only been cool with us. If they really want me and Kelly to come, and they do, then we’re going to go and do it, and we’re going to have fun doing it. We talked about it; we said it could be really fun; we know it’s going to cause a lot of shit on the Internet, and it did — as soon as they announced that we were going to do it, it went off. But we’re cool with it, and we’re just going to have fun. We guarantee anybody who comes will have a blast.”

You can read the rest of that portion of the interview with Riley at Blabbermouth.