Drummer Steve Riley was interviewed today by Eddie Trunk and spoke about his difficulties with both guitarist Tracii Guns and lead vocalist Phil Lewis when he played with them together and separately in L.A. Guns. Riley recently announced that he would be performing under the L.A. Guns name with some L.A. Guns alumni at the M3 Rock Festival in Columbia, Maryland, USA in early May 2019. So far, classic L.A. Guns line-up bassist Kelly Nickels has announced that he’ll be joining Riley at the M3 Rock Festival. 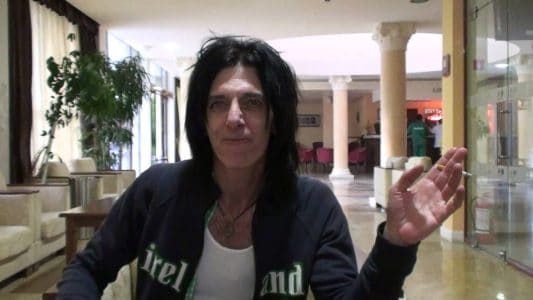 Riley stated (as transcribed by Sleaze Roxx): “I was the one constant in the band but you know it was a constant battle Eddie. We — if you don’t realize where you’re at in rock right now as far as where you’re going to end up on a bill, if you’re lucky to get on a bill, like M3. Just using M3 as an example, if you’re lucky enough, hundreds of bands want to get on that, that bill and we did it for many years. But I fought a battle both with Tracii alone, Phil alone and with both of them together. They didn’t want to realize where the band was and where we ended up on a bill and why we ended up on a bill like that. We sold less records than some of our people who we were still friends with. If we just use Warrant as an example. Whether you like Warrant or not, they’re old friends of ours and they came up with us, they’re going to end up on a top of a bill if we’re on a bill with them because they sold more records. So I fought this battle for years trying to explain to these guys, ‘We should be happy to be on this bill. Hundreds of bands want to get on it. Don’t take anything personal if we’re opening or going on before another band, let’s just go out there and kick ass and like you know, make some of those people follow us.’ That was my whole motto all the time. Just, let’s make, let’s get people to follow us because we’re going to go on and kick ass.

So I fought that battle and that was pretty much why ultimately Tracii left. He left to do the thing with Nikki [Sixx in Brides Of Destruction] but he was so mad about getting on bills and doing stuff like that and I was trying to explain to him for years why we had to do it. We were making a little more money each time we did it so we were climbing the ladder and doing good. But I didn’t — I then started facing it off with Phil too. He didn’t want to do those types of bills so you know….”

Riley added: “Oh, they were big issues you know and right now, we only really have one really good form of income and that’s playing live. We’re seeing royalties off albums and publishing but the real one constant is live. You’re making — if you’re fortunate enough to be able to play live and make a living. I’ve always said that in interviews, I felt fortunate that I was a working drummer. 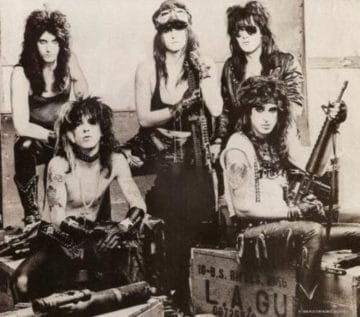 So you know, our one big income is live. So you can’t screw around with that and you can’t get too big of a head thinking that you should be going after another band. These promoters and these festival organizers, they go by numbers and they go by who had double platinum albums, who had triple platinum albums and who had single platinum albums. They do their — you know, they check everything out before they put that bill together and they want to make sure that they put the band that has sold the most albums in that era on later on in that evening. So you know, it was a constant battle.

But really, the thing is you know, what happened was, they all of a sudden connected and its funny too because I was talking to Kelly Nickels about this. These two guys that don’t like each other. Eddie, I cannot express that to you. If they try to out off a different thing in public, that’s what they are going to do. I played with them separately, and I — for years, and if you just look back at the Yacht TV show that we did, they didn’t know how I was going to react to Tracii, Phil just took over the show. He was just off on Tracii. There was never ever ever going to be a day where he would ever play with him again. Everything that Tracii said about me was a lie.”

Of note, back in April 2018, the L.A. Guns version led by Guns and Lewis dropped out of the M3 Rock Festival that was supposed to take place in early May 2018. One of the rumours why the band ended up dropping from M3 that year was because the band was unhappy at where the M3 Rock Festival was going to slot the group compared to other bands on the bill. L.A. Guns ended up headlining the Sleazy Slimey Sunday 3 in nearby Hanover, Maryland, USA on Sunday, May 6, 2018.

Portion of interview with Steve Riley by Eddie Trunk as recorded by the Rock N Roll Experience: