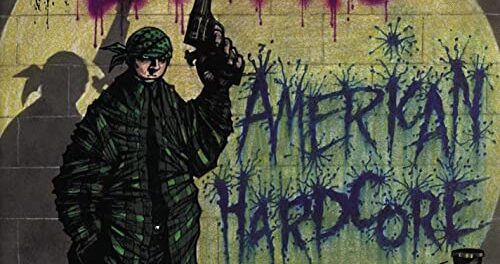 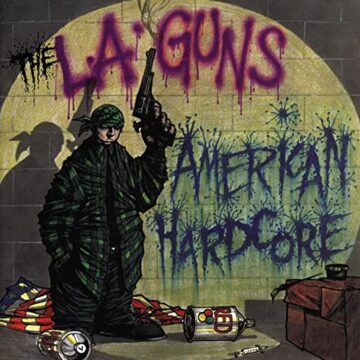 “I liked American Hardcore, it was a fun record to make. It was the first record that Tracii and I made after the ‘classic’ line-up had broken up. It was smack in the middle of the grunge era, we opted to do something heavier, I remember Tracii was a fan of Pantera. I was too, I was friends with Vinnie [Paul] and Dimebag and the rest of the guys in the band. He was dead set on doing a Pantera sounding record. We had already established our sound Ruben, L.A. Guns has a sound and that album was too much of a left hand turn. I like a lot of the stuff on that album, it was fun to play and I got a chance to do a lot of double kick stuff. we mixed in a lot of jazz, hard rock, metal and black metal. It was a hard left turn and it confused and alienated some of the fans. I like it, but I think we could have made a record that wasn’t that far left.

The next two albums we did, Wasted and Shrinking Violet were more in the tradition of the L.A. Guns sound. The songs were more compact and the riffs were L.A. Guns type riffs. Working with all of those guys, Chris Van Dahl, Johnny Crypt, Ralph Saenz or Michael Starr, and Jizzy Pearl was wonderful. I think Wasted turned out great, it was only six songs, but what we did on that was really, really good. Working on Shrinking Violet was a gas, because Jizzy is a great guy, great singer and we wrote some great material. Unfortunately all three of those albums didn’t get much of a chance, probably because we were at the tail end of the 90s and stuff from 80s bands was still out. It was something that I hadn’t even done before, the same band through three records but different singers.”

You can read the rest of the interview with Steve Riley by Ruben Mosqueda at KNAC‘s website.