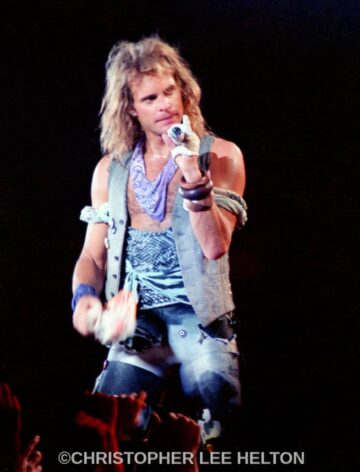 O’Neill asked Vai whether he would have shown up to see Van Halen frontman David Lee Roth‘s “last” shows that had been scheduled for January and February 2022 (but that later got cancelled).

Vai replied: “Well, I was scheduled to be in rehearsals, but, yeah, I know that those were announced to be his last shows, and you know what, god bless him. David Lee Roth came, and he delivered, in a big way for all of us, and might I add, he changed the whole scene, in the world of ‘80s rock, and rock in general. I mean, he played the part; and was a bona fide rock star, and we loved it. I know for me, it was amazing because I got to be a part of that whole craziness, and it was so much fun. It made me famous almost overnight, so it was great. So, I’m very happy for him. I’m happy because your voice is not like your fingers; it changes, and it’s hard for singers. I think unless you’re Tony Bennett who’s just a miracle, or Tom Jones; I went to see that guy who’s 80 years old, even older, and he kicked everybody’s ass! It was amazing, really, the way this guy sang.”

You can read the rest of the interview with Steve Vai at eonmusic‘s website.