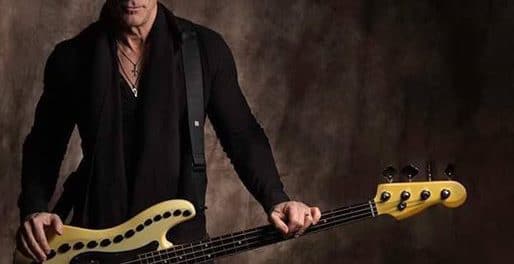 Bassist Steven G. Knight is back with Voices of Extreme who will be recording a new studio album and embarking on a mini- US tour opening for the one and only Tesla for three dates from September 13 to 17, 2019. 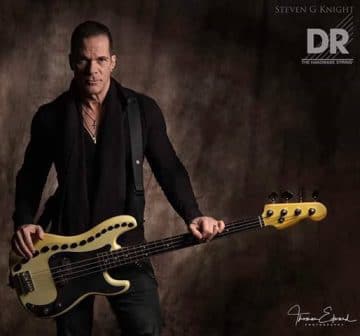 Knight states as follows in the YouTube interview below (as transcribed by Sleaze Roxx): “Hey! This is Steven G. Knight from Voices of Extreme. We’re back in DCity Studios making our fourth studio album. This one will be a little different. It will be with Brian Wheat [Tesla bassist and co-founder] for one of the singles out in California in October. Brian and the guys have become really good friends with us. We’ve played 32 shows so far with them. We’ll be doing the next three shows — one in New Hampshire, one in Massachusetts and one in New York right here in September. So I joined the band back in February of 2016. I flew from Dallas [Texas]. It was 75 degrees [Fahrenheit] and when I landed in LaGuardia Airport, it was 25 and snowing, and I’m wearing a t-shirt. So we’re looking forward to seeing everybody on the road. September 13th, we’ll be at Lynn Memorial [Auditorium] in Massachusetts. September 14th, we’ll be at the Hampton Beach Casino [Ballroom] in New Hampshire. September 17th, right here back down the street at The Paramount [in New York City, New York]. So after each show, just come and say hello at the merch booth and we’ll sign something for you! How about that?”

Knight‘s “Biography” on Voices of Extreme‘s website indicates (with slight edits): “Bassist Steven G Knight‘s career has consisted of playing hard rock, southern rock, country, modern worship music, to acoustic folk. He was self taught, also influenced by his older brother at a young age, and by bands such as Led Zeppelin, Black Sabbath, Judas Priest, Scorpions, Sting, Queensrÿche and Iron Maiden to name a few. This music has left a serious mark on his attitude and skill set of excellence. Fresh out of High School, he took the stage with the 1980s’ chart hitting Rock band, “Bellicose,” named Z-Rock‘s band of the year with the album, “Love on Ice” was his first major calling. Rolling onward, he’s never stopped as a wanted man playing with Roulette, Outcast, as well as Michael Gott, Robin Hackett, Jerry Audley, Junkyard Mars, Stand2Reason, SuperNova Remnant, Carbon, WOWU2, Rod Black, Jeremy Lynn Woodall and the Grinders, Billy Joe Shaver, Saints and Sinners, and Ashes of Eagles. A staple of the Texas music scene, and much more.”

Interview with Steven G. Knight from Voices of Extreme:

INTERVIEW WITH STEVEN G. KNIGHT FROM VOICES OF EXTREME 2019

INTERVIEW WITH STEVEN G. KNIGHT FROM VOICES OF EXTREME 2019

Voices of Extreme’s “Tell Me What It Takes” video:

Voices of Extreme “Tell Me What it Takes” Official Music Video