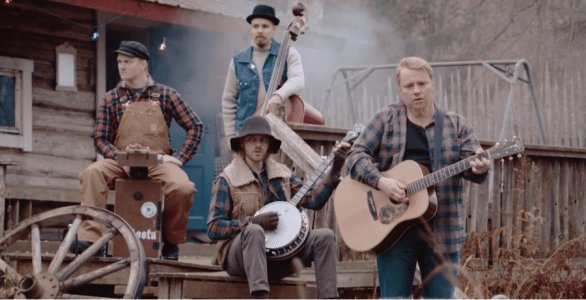 After 50 million-plus cumulative YouTube views, you would think you’ve seen pretty much everything these clodhoppers might have under the shoulder straps of their britches. But you’d be wrong. Dead wrong.

After witnessing this wistful saga of moonshine-marinated melancholy and boozed-up, barmy bayou bromance, you will no longer be able to watch the original video – let alone enjoy Slash‘s iconic guitar solo – the same way again.

The song lives on the band’s second album Brothers in Farms, which topped the Billboard Bluegrass Chart.”