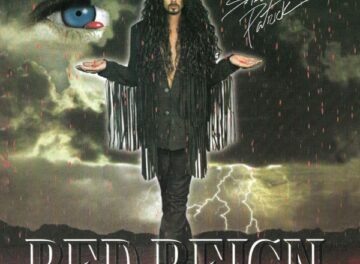 “FnA Records will be re-releasing Steven Patrick‘s indie Christian album “Red Reign”; an album that often fetches $150 on ebay and was constantly in demand. The second album being released is Guns & Gold, an eclectic mix of singer-songwriter tunes with a country flavor.  Guns & Gold was never officially released and now gets the treatment for a proper showcasing.

Former A&M recording artist, Steven Patrick, is an award-winning singer, songwriter, lyricist, and producer. His list of achievements include two Dove Awards, two additional Dove Award Nominations, as well as the Nashville Songwriters Association International Award for Superior Creativity in Music and Lyrics. Steven also co-wrote the song, “Stranger,” which went to number one on Christian Rock Radio, and the song, “Last Train,” which peaked at number two. He has also appeared on MTV, and has toured the US and abroad, playing clubs, auditoriums, and arenas.

Steven was endowed early on with a vivid imagination and ability for words, combined with a rhythmic, and authentic, dynamic for style and melody. It has been said that Steven’s songwriting, while unique, is reflective of the classic songwriters of the 70s’s.

A seasoned artist and songwriter with a story to tell, Steven Patrick, combines vintage arrangements with story telling lyrics that take you back to the future.

Red Reign and Guns & Gold have both been remastered and are available on silver pressed CD, Fan Packs which include the 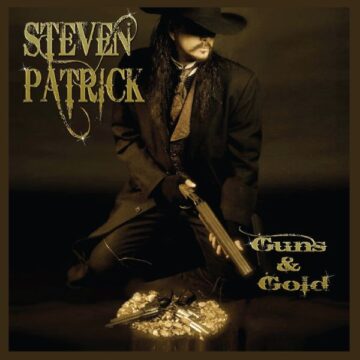 autographed versions, vinyl, and digital download. There are also T-shirts and other collectibles available.