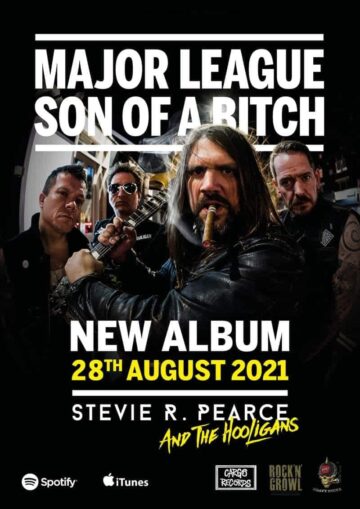 Stevie R. Pearce & The Hooligans have released an animated video for the title track of their upcoming album Major League Son of A Bitch, which features Quiet Riot frontman Jizzy Pearl.

Not only did he lend his vocals to the title track, he allowed us to loosely follow one of the most outrageous rock and roll stories of all time, it’s all true.. In a time where there was no Internet, just news crews and crucifixion..

In the real story, the band (love/hate) planned the publicity stunt for the release of wasted in America- as a sacrifice to Hollywood, and the the music industry at that time.. We gave him another shot at.