Be careful what you post on social media even if it is only for a little while. Current Bang Tango bassist Lance Eric posted a comment yesterday on Facebook where he took a little swipe at former Bang Tango guitarist Mark Knight when he stated: 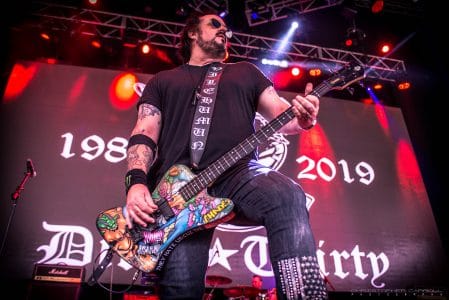 The post was apparently subsequently edited by Eric so that his comment towards Knight was not visible anymore.

I’ve always felt you should own it.

You as in, people in general.

Talking shit, and then dialling it back doesn’t really make your “shit talk” very valid now does it?

Adding, disrespecting the guys that wrote the music you play in “Joe LeSte‘s band” not yours – is pretty lame.

Without their contributions decades ago, your set list is pretty sparse. 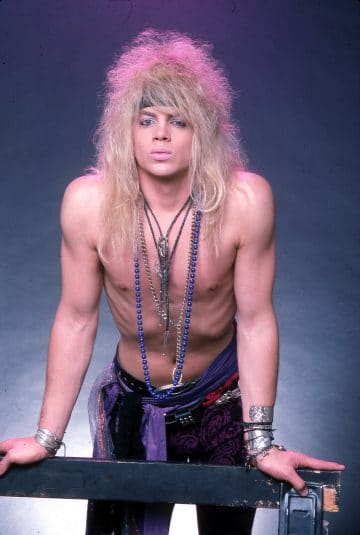 Hopefully you 4 will enjoy your summer on the road, but maybe try not to pound your chest too hard and take shots at these other guys – because quite frankly Lance, you’re coming off as a dick.

Choose your reply wisely because I am not shy to deal another Reality Check.

“Apparently I’m getting bullied by the current bass player in Joe Leste’s band. “Mark knight who” he hash tagged! Ah the guy who wrote the songs you play every night.! That’s who.. This brings me back to when I was on the school bus as a child and a big no brain bully would randomly wack someone in the head for no apparent reason except to get attention!”

Eric responded to Rachelle‘s comments with the following Facebook messages yesterday (with slight edit) which prompted another reply from Rachelle that can be seen in the screenshot at the bottom of this article:

“Stevie Rachelle. Get a life dude. No one cares. Isn’t your only job “talking shit” about everyone? You want to talk disrespectful? All they can do is call me fat? That’s pretty weak. I took it off because I was giving them what they want. Attention. I will explain it again. Timmy and I have been in the band 17 years. Get over it. Original dudes lost it. Don’t have it. Couldn’t do what we do and have been doing since they quit. Go ahead. Try and make a story out of this. Boring. Maybe work on your tan instead of siding with old fucks who wish they could still [do] what we do.” 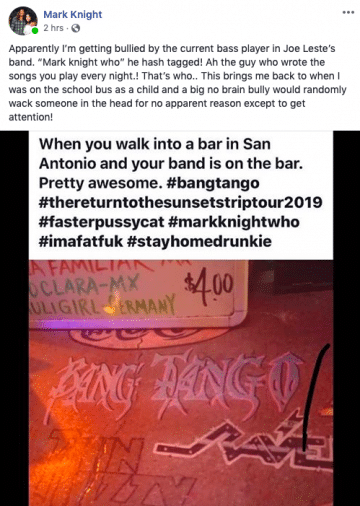 “You’re a live by the sword die by the sword kinda guy? You’re a fucking pussy who hides behind metal sludge. Enjoy playing your two shows a year in Peru. You and they should be embarrassed that the metal sludge guy had to come to their defence. Laughable. Move on.”

“Meanwhile I’ll keep having a great time with my brothers that I’ve been with for 17 years while you sit at home your laptop…peace.”

“I’m to give respect to old fucks who keep calling me fat and I don’t deserve to be here? Not gonna happen. I did extend an olive branch years ago. I did my part. I gave respect and they spit in my face. I’m over it.”

The “feud” between Eric and Knight dates back a couple of years when the latter started taking some steps to get the original Bang Tango line-up of himself, Leste, guitarist Kyle Stevens, bassist Kyle Kyle and drummer Tigg Ketler back together even though Eric had been in the band since 2005 or so. The original line-up played on Bang Tango‘s most well known studio albums of Psycho Café (1989), Dancin’ On Coals (1991) and Love After Death (1994). Eric played on the following Bang Tango studio albums: From The Hip (2006) and Pistol Whipped In The Bible Belt (2011).

Back in January 2016, Knight advised Sleaze Roxx in an interview as follows: “I think I hit [singer] Joe [Leste] up about a mutual friend that had passed away and I kind of reached out to Joe about him. We ended up — by the end of the conversation, we were talking about when we get onstage again and everything just sort of [got] washed under the mat. It all just went away, You know, we did do some great stuff together in the band and it’s like, “We are not getting any younger. Why not do something with it?” So I tried to do kind of a reunion this summer with all the original guys. It just did not pan out for personal reasons. Not me, but just the dynamics of bands. Couple of things went bad. Not between me and Joe, so I went down there and had a little reunion with him and got up onstage with him. You never know where it is going to go.”

In an interview with Sleaze Roxx back in April 2016, Eric was asked if the current Bang Tango members backing Leste (Eric, drummer Timmy Russell, and guitarists Rowan Robertson and Drew Fortier) felt threatened by Knight‘s attempts to get the original line-up back together. Eric advised: “I’m not threatened one bit. Joe [Lesté] is my best friend and he’s one of the most loyal people I know. All those guys quit in the ’90s. Joe didn’t. Why would he dump the guys that have been with him 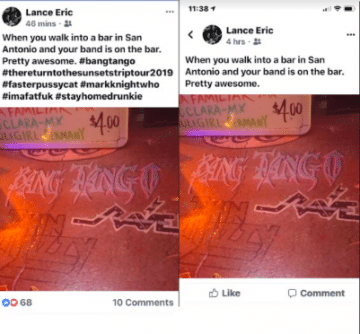 for so long through so much? We are family. I’ve been with Joe for over 11 years. I handle pretty much all the band’s business so without patting myself on the back, you would probably have to hire three people to do everything I do [laughs]. Timmy Russell has been in the band for over 10 years. Rowan has been in the band over two years. We travel in close quarters on the road. We don’t fight. We have mutual respect for each other as people and musicians. No drama with us as well. Joe finally has the perfect line-up. I’ve met Tigg and he’s an awesome guy. I’ve met Mark and he came up and did a couple songs with us at the Whisky A Go Go and it was awesome. I have yet to meet Kyle Kyle or Kyle Stevens.”

In October 2016, the original Bang Tango line-up reunited for a practice jam.

Back in August 2018, Knight made another attempt to get the original Bang Tango line-up back together for a few songs at the Whisky A Go-Go in West Hollywood, California, USA that did not pan out.

“There is no huge outcry of fans that are petitioning for a bang tango reunion. Hahah. Tell him to stop. He doesn’t even have that sound anymore. Listen to his “albums” … If you can get through a song.” 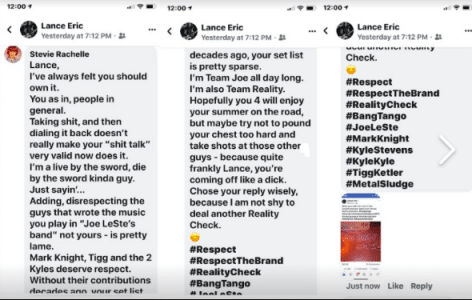 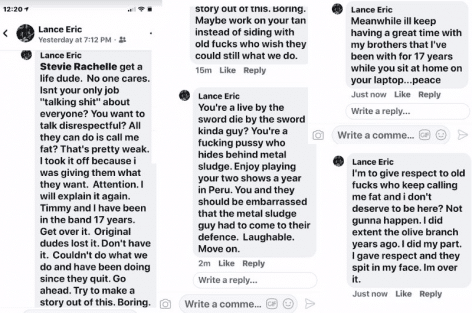