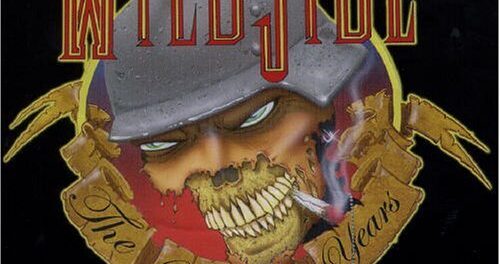 Former WildSide guitarist Benny Rhynedance posted a message yesterday on Facebook criticizing any WildSide release other than the debut album Under The Influence that was first issued via Capitol Records back in 1992.

Sleaze Roxx posted an article in that regard and noted that about one year ago, French record label Bad Reputation Records “reissued” WildSide‘s debut record Under The Influence. Sleaze Roxx also noted that other WildSide albums that had seen the light of day included the band’s self-titled “grunge like” album (1995), The Wasted Years (2003) released via RLS Records, Live (2019) and …Formerly Known As Young Gunns (2020) released via FnA Records, with the latter album finishing at #10 on the Sleaze Roxx’s Top Ten Albums of 2020. 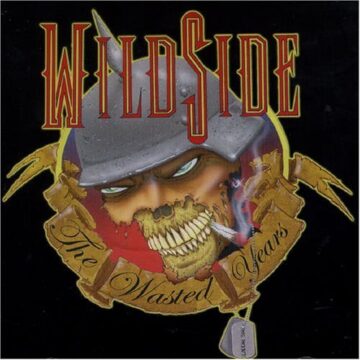 “With respect Benny… the RLS Records release WildSide “The Wasted Years” (2003) is far from garbage or a bootleg.

Not only did I coordinate this with Drew, Brent, Mark and Jimmy… at points over the years, I tried to mend the broken bridge between yourself and the others.

If my recollection is correct, you asked or I offered, and even sent you copies?

In the end… I have had my hands full with my own band over time, and can’t police what issues you and or the others may have amongst yourself.

I have been one of the BIGGEST cheerleaders of WildSide and Young Gunns since the beginning and haven’t wavered of my support regardless of a lineup change or two.

I am still on good terms with all the guys, which I would include you as well.

We have shared extended phone calls and e-mail exchanges over time and I even featured all of your WildSide diary blogs on Metal Sludge.

I have been supportive across the board with the band, and all related members, including their side-projects, so to see you now want to include the RLS release “The Wasted Years” nearly 2 decades later in the “garbage” bin is …well, disappointing.

Rhynedance was asked earlier today on Facebook whether The Wasted Years was a bootleg to which he opined in two separate comments:

“In my mind… kind of. It was put together in the early 00’s and the other 4/5 of the band did acknowledge it and it was put out through the TUFF band’s lead singer’s indie releasing label. IMO, 6 of the 14 songs weren’t really WS at all. 3 were old demo tapes, 1 was a heavily doctored up Live track, 3 were interim songs from 93/94 as “Trent Goods” and myself quit the group. The rest were just whatever. My name was removed from 6 of the 14 songs that were on it. Package was okay. Just feels like an alternate reality release. For me it’s borderline and full of holes.”

“… but def keep it in the collection.”

WildSide‘s album The Wasted Years can be purchased directly from RLS Records‘ website. 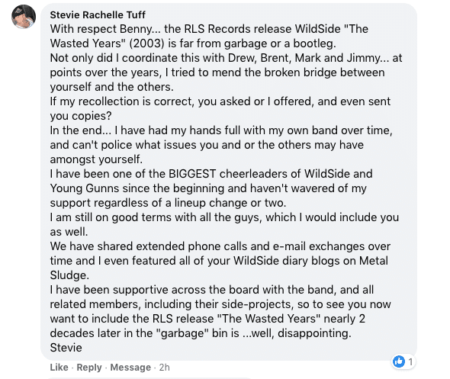 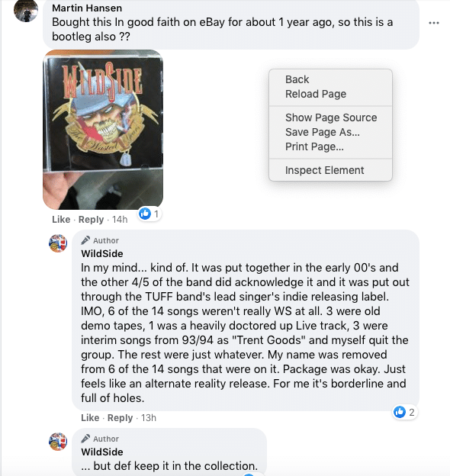