Eight years ago, the rock n’ roll world received the very sad news that former Warrant lead vocalist and main songwriter Jani Lane had passed away at the age of 47 (due to alcohol poisoning) in a motel room in Woodlands, California, USA. 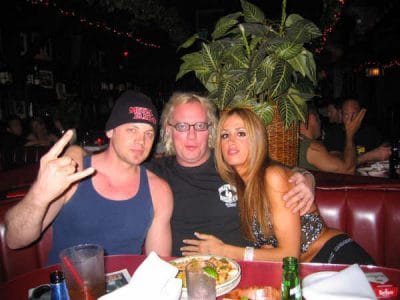 “8 years ago today I had just landed in Brazil.

Todd Chase & I were outside our São Paulo Hotel when a fan approached us.

He was excited to meet us but at the same time was telling us about Jani Lane.

He told us that Jani had died.

I was sure I was misunderstanding him or that he had some unconfirmed information.

I questioned him, and then said it was on TMZ.

Right there I knew it must be true.

Such a weird feeling.

I was very upset and immediately went to a Internet cafe to check it out.

I was shocked to learn the story and that day forever changed our music world.