Bad news for fans of Atlanta, Georgia, USA hard rockers Still Warning as the group has disbanded just when it was about to release its sophomore EP titled Still Warning II on October 31, 2019. 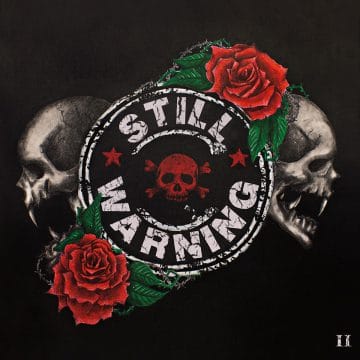 Due to irreconcilable differences and musical direction, the current form of Still Warning has unfortunately come to an impasse and will be tabled in favor of a complete overhaul. Agreements were negotiated and accepted by all parties involved. Existing music and lyrics will continue to detail appropriate composing credits, but will be retained by former members and continue under a new project name. However, the band name, branding, and associated social media and internet storefronts will exist with founding member Michael Hildebrand. All scheduled shows have been immediately cancelled, and refunds will be issued to those who pre-ordered the anticipated “Still Warning II” EPK. As detailed by bassist Michael Hildebrand: “No one is going to make me do something I don’t want to do. I have a vision and what I was doing just wasn’t it”. While the outcome came rather unexpectedly and sudden for fans of the band, this is surely not the end. Plans for the future will be revealed at a later time, but you can expect Still Warning to be reimagined and return bigger and better in the near future. Thank you for your continued support.”

Sleaze Roxx stated the following in its review of Still Warning‘s debut EP, which was released back in December 2017: “Overall, Still Warning‘s self-titled debut EP isn’t bad but it isn’t great either. The songs are pretty average. I think that Still Warning definitely have the potential to come up with some better songs and they should use the bright light that is Tony Madewell‘s guitar playing as the framework going forward. I am ready to move on from Still Warning‘s debut EP and I am hope to hear some more edge to the group’s self-described “gritty blues based rock n’ roll” next time around.”