Irish rockers Stone Trigger have released a video for their song “Edge Of Insanity” from their new album G.H.O.S.T, which was released back in March 2017. 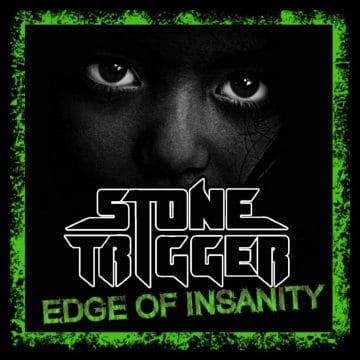 The group’s “Biography” on its Facebook page states (with slight edits) in part:

“2017 is shaping up to be the most exciting year for the “Stone Trigger Camp” thus far, with an extensive UK Tour with rock royalty “LA Guns” and the release of the new full length album “G.H.O.S.T” set for release to coincide with the opening night of the tour on March 10th.

Stone Trigger formed in Dublin, Ireland in 2009 with the intent to raise the roof with a brand new version of stadium rock. Influenced by the best bands in the business throughout rock n’ roll history, from Mötley Crüe, AC/DC, Guns N’ Roses and Alice Cooper to modern day bands like Hardcore Superstar, Airbourne and Crashdïet.