StoneRowe release lyric video for new single “Down On The Up” feat. Steel Panther guitarist Satchel

Memphis, Tennessee, USA rockers StoneRowe have released a lyric video for their new single “Down On The Up” that features none other than Steel Panther guitarist Satchel. 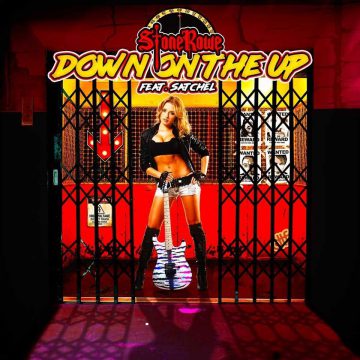 “Memphis-based rockers StoneRowe have collaborated with Satchel (Russ Parrish) of Steel Panther, with their latest release, “Down On The Up,” their raucous tribute to the exotic dancer. The song is now available at all DSPs.

The collaboration is a result of a long-standing friendship between Parrish and StoneRowe guitarist JP Crowley. “This is something I’ve been hoping to do for a while. We just had to find the right song that fit in both band’s lanes. Billy and I thought this one had potential, so I sent it to Russ to get his thoughts. He turned around the solo, the actual one you hear on the track, in a day. So, yeah, it turns out we found the one.,” says Crowley.

“Down On The Up” was recorded by Pete Matthews and Toby Vest (High/Low Recording, Memphis, TN), produced and mixed by Yaron Fuchs (Hit Focus, Inc., Rye, NY) and mastered by Emily Lazar (The Lodge, New York).

StoneRowe is Billy Comfort (vocals/keys), JP Crowley (guitar), Johnny Lamb (drums) and Greg Edmondson (bass). Their music evolves from a mix of metal, pop and prog influences and is grounded in guitar driven rock melodies and song lyrics that are positively deviant.

This release marks the sixth for the band, following on their 2019 release of “Higher.” The hard driving rock song was an iTunes Top 40 rock chart in four countries (Belgium, Brazil, Italy and Thailand). The band will continue to deliver single releases throughout 2020.”

StoneRowe‘s “Down On The Up” lyric video feat. Steel Panther guitarist Satchel: