StOp, sToP release lyric video for “Won’t Hold Me Back” 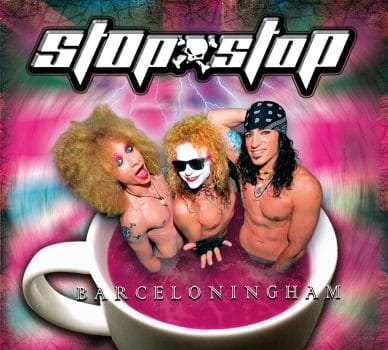 Glam rockers, StOp, sToP, have released a lyric video for their new song “Won’t Hold Me Back” from their upcoming third album Barceloningham, which will be released via Metalapolis Records.

StOp, sToP‘s bio on their Facebook page states in part (with slight edits):

“…The story of Jacob A.M. (bass and singer) has been a wild one; he had to move from everywhere he stayed due to his crazy passion chasing his dreams (born in Menorca, moved to Barcelona in 1998, from Barcelona to Milan-Italy in 2002, back to Barcelona in 2003, from Barcelona to Los Angeles C.A. U.S.A. in 2006, and definitive return to Barcelona in 2007), playing in the street for a few coins in Barcelona (Spain) and Milan (Italy), or living in a van in Sunset Boulevard in L.A. (U.S.A.) behind the “Whiskey a Go Go” are just a few of the many anecdotes that he has lived to find the right people for this band.

There have been many people who got in and out of the group leaving Jacob alone in his adventure, but in 2009, he finally found the right members for hard rock indeed: 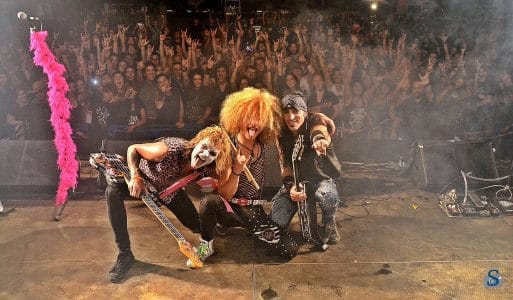 Vega, a guitarist tired of boring bands and thirsty of rock’n’roll, decides to join StOp,sToP! to do what he always wanted to do: sex, rock and more sex! He’s been playing in the shadows for a long time but finally he shows up with this blend of A.O.R. and sleazy kind of playing. He’s not pretending to be a guitar hero but he’s gonna kick your ass before you realize.

Danny Stix (drums). From Bulgaria Sofia he moved to Barcelona, soon he became in a StOp,sToP! fan, he used to follow the band wherever they went, once StOp,sToP! needed a new drummer they did loads of auditions but when they found that skinny boy with that massive hair and drumming loud like a badass motherfucker they didn’t think about it twice, they gave him the job.

And Mak G.G., was guitarist of the band “Wet Jack” that joined the band as well, but after the “Unlimited” recording (StOp,sToP! first album in 2010) he left the band, then “StOp,sToP!” became in a trio.

In the winter of 2010, they released their debut album “Unlimited” which got loads of good reviews by the Spanish rock magazines and radio stations. 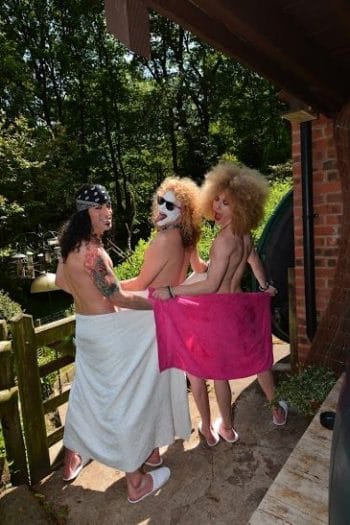 Things were quite good in Barcelona, they had a big response in all that sold out gigs in the local scene venue “Mephisto”, but when they toured around Spain they found out that they would never get enough support there, though they had been very acclaimed by the rock crowd and magazines, promoters and managers didn’t really care of them. Soon they realized about that.

Therefore, in the end of October 2011, they left everything behind, bought a van, booked some gigs in U.K. and just moved there.

They had no place to stay in U.K. but they didn’t mind about that and went on. Living in a van like gypsies and rocking as hell.

The surprise is that the response in the first U.K. tour was absolutely more than they had ever expected, the people really loved them. They decided to stay in U.K. and they kept on playing and touring for 7 months.

They got back to Barcelona in July 2012 to record their second album called “Join The Party!”

April 2013, they’re back in the U.K. again touring and rocking the house everywhere they go! Don’t miss it!

Madness and perversion are their favourite weapons! Try it! You won’t be left indifferent.”

StOp,sToP! – Won’t Hold Me Back

“Won’t Hold Me Back” is the first single for the 3rd StOp,sToP! album called “Barceloningham” edited by “Metalapolis Records”, available on amazon, iTunes, j…