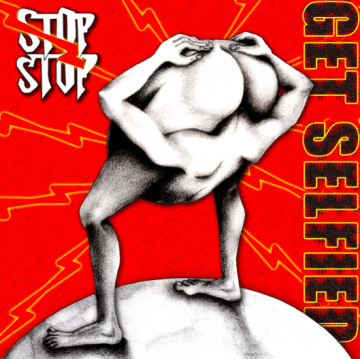 “StOp, sToP! are an energy-fuelled metal & roll band, categorized as one of the most exciting and entertaining live bands around. Before their album release this April, they are back with a new, undeniably catchy, hair-thrashing single with a new tongue-in-cheek video which is nearly as outrageous as them!

After touring all over the world, emerging from the dirtiest rock clubs to performing at some of the top rock festivals and releasing three albums, StOp, sToP! crashes into 2019 with a new tour and a brand new album…

The wild adventures of Jacob A.M, band leader, bassist and singer, is real film material. The search for the right band members took him everywhere; from street musicians in Barcelona and Milan, to living in a van on LA’s Sunset Boulevard. It was only once he had returned to Barcelona that Jacob finally found it lucky.

In 2007, StOp, sToP! was born and after a few line-up changes, the band’s debut album, ‘Unlimited’, was crafted and finally released in January 2010. Following great initial success in their home city (Barcelona, Spain), they decided to make the move to the UK in 2011. It was back to living in a van yet again – but this time there were three of them. Rock fans in England soon went crazy for their sound, and what began as a few little shows, quickly turned into an extensive tour that lasted 2 years.

Once all settled down in the UK, the second album, ‘Join the Party’, was released on April 17th, 2014. A record deal with the German label Metalapolis Records followed, with UK gigs taking place every weekend and tours throughout Europe – now with a solid, loyal fan base. Things were truly taking off for StOp, sToP!.

In recent years, StOp, sToP! have been touring all around the world being part of the most important international festivals like Rocklahoma – U.S.A , The Ice Rock Festival – Switzerland, SleazeFest – Germany, HEAT Festival – Germany, The Godney Gathering – U.K., Hard Rock Hell – U.K. and Legends of Rock – U.K.

Their 4th album release ‘Get Selfied’ confirms how crazy and far these guys can get, just pure raw rock and roll which they won’t hesitate to show off in their live shows during their upcoming U.K. and European tour that kicks off in May 2019!”