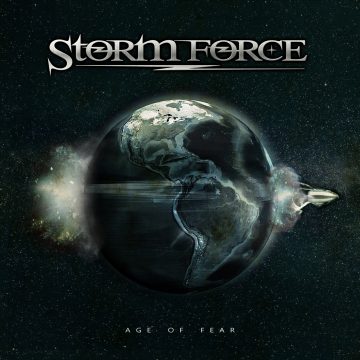 “Storm Force are very pleased to welcome to the band, new drummer, the legendary Roger Banks. Roger brings a wealth of experience to the band having worked with the likes of “Tony Levin (Peter Gabriel, King Crimson), Gene Simmons & Mark St John (Kiss), Jim Gilmour (Saga), Billy Sheehan (David Lee Roth, Mr. Big), Phil Naro, Sarasin, & Alanis Morissette” to name a few and a host of other artists/session work with credits on over 60 CD’s/Records and counting. The band are very excited to showcase Roger at the upcoming Sold Out show at the Warehouse on April 30. The band would also like to thank former drummer Brian Hamilton for his huge & awesome contributions to the making of the debut record ‘Age of Fear’ and wish him all the best in his future endeavours. Storm Force would like to also mention that in addition to working on the second record Storm Force 2, the band thought it would be fun to release a one off cover song of a very famous Canadian artist. The band are currently in the studio finishing up this mystery track & hope to release it soon with a possible video to coincide with it. Rehearsals are going fantastic for the upcoming gig & the guys can’t wait to party with y’all!! See ya soon!!”