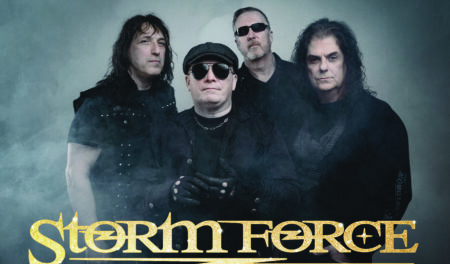 Storm Force not changing their sound at all for sophomore album 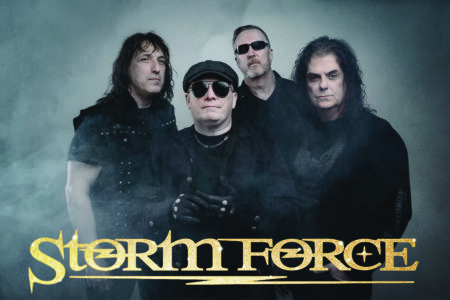 With respect to Storm Force‘s upcoming sophomore album, Fraser indicated: “At this point, this song will be a one-off single with no plans of it being on the next record. As for the actual album, it is finally starting to come together quite nicely. The last couple of years have been quite tough for everyone, including us, and it was hard trying to get momentum going writing-wise. But now we seem to be back in the swing of things, and the creative juices are overflowing. The next record will be, in my opinion, a step up from the first one, especially musicianship-wise. We’ve settled in as a band, and with the addition of new drummer Roger Banks, our playing is on a higher and better level from the first record. And our singer Pat is better than ever.”

In terms of the progression that people can expect with Storm Force‘s upcoming sophomore album compared to Age of Fear, Fraser revealed: “It’s a natural progression, but everything has been taken up a notch overall. We are not changing our sound at all, but we might be taken a few chances on some songs just to keep things fresh instead of becoming repetitive & predictable. We like to keep things exciting, and we think the next record will show that.”

You can read the rest of the interview with Greg Fraser at Vinyl Writer Music‘s website.