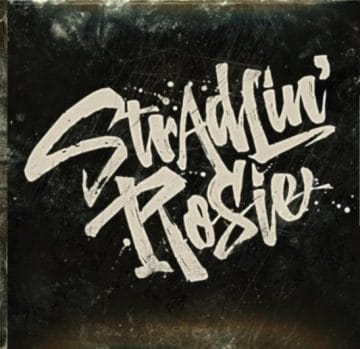 Sleaze Roxx stated the following in its review of Stradlin’ Rosie‘s debut self-titled EP, which was released last year:

“How good is Stradlin’ Rosie‘s debut self-titled EP? Well, how about it’s fantastic! Funny enough, I usually like my “sleaze rock” music played at a faster pace than what can be found on Stradlin’ Rosie‘s five-song offering but the band’s bluesy delivery is so good that I can’t help but like every song. The opening track “Saints ‘N’ Sinners” starts off strong with an intriguing guitar riff followed by some bass lines and then it’s just a matter of what the vocals will sound like. Bezotte delivers in spades with his raspy yet clear voice.

It’s been a while since I can say “guitar hero” but Robert “Blackie” Bishop‘s guitar solo on “Saints ‘N’ Sinners” is a thing of beauty and especially during the second half when he really kicks things into high gear. It’s memorable like a classic George Lynch guitar solo rather than over the top like an Yngwie Malmsteen one. There is a great groove on all the songs, which reminds me a bit of Badlands not in sound, but in swagger and attitude mixed in with some bluesy elements. “Hell On Wheels” continues in the same vein as “Saints ‘N’ Sinners” with another mesmerizing but rather short guitar solo from Bishop.”