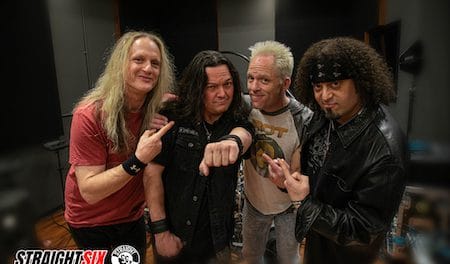 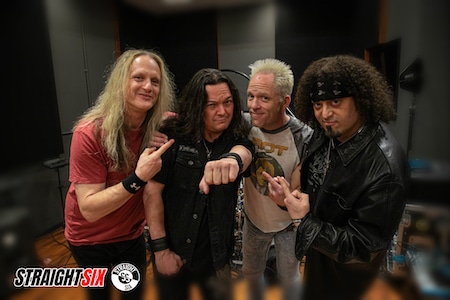 “Tony is an incredible guitar player and artist,” lead singer, Jay Quintana said. “We’re beyond excited to take on this new journey with a fresh take on the Straight Six songs. Eric Schaudies has decided to step away and focus on his continuing recovery from previous health-related issues. We wish him nothing but the best and will support him in his future endeavors. We thank him for his run and contribution to Straight Six.”

Tony, who is known for his time with XYZ and the BulletBoys originally hails from North Brunswick New Jersey, graduated from The Musicians Institute in 1985 and moved to Hollywood to make his mark in the music industry!

Tony has been in this situation before. In 1991, XYZ asked Tony to take the reigns as its lead guitar player. Upon taking the gig, he further established his reputation as a universally- respected lead guitar player and is still with XYZ to this day. He is thrilled to be a part of Straight Six though he’s not trying to be a “clone” of previous guitar player Eric Schaudies.

“I have to represent the music as it is on the CD” Tony said. “I respect what has come before me, and have to play these songs as faithfully as possible. I also have to be myself at the same time.”

Bassist, Glen Drieth, praised Tony for his musical chops and reputation. “We had an immediate rapport with Tony,” Drieth said. “I’m positive the fans will embrace Tony like we have and continue to support Straight Six to the fullest.”

Catch Straight Six in a town near you! More dates are being added and all dates subject to change. Visit StraightSixRocks.com for additional details.”