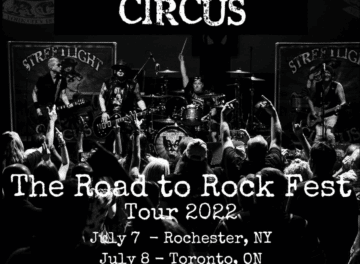 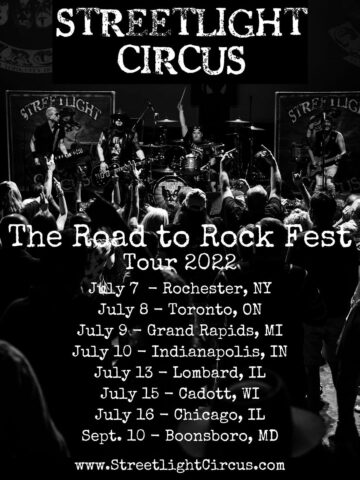 Sleaze Roxx recently caught Streetlight Circus live at the Tally Ho Theater in Leesburg, Virginia, USA on June 3, 2022 and stated as follows in its concert review:

“New York City’s Streetlight Circus made the trek down to Virginia to kick down the door on the place and brought plenty of attitude, energy, and New York groove with them. When I initially saw that they were serving as direct support on the bill, I was pleasantly surprised to see such a cool band opening for one of my favorite headliners since their sound is highly compatible with what FireHouse does. Apples to apples, not a hard sell. I’m reluctant to even call Streetlight Circus an opening band in the true sense of the term because they’re a huge draw in their own right, and I’ve spotted a lot of fans there specifically to see them on both occasions that I’ve caught their show. I haven’t seen the band live since last July’s M-Pre Party in Hanover, Maryland so you could say that it’s been a minute!

While my live introduction to Streetlight Circus was almost one year ago, it was a show that I look back on fondly. Just as they were then, they’re a tight band with a good stage vibe and instantly accessible songs that are crowd pleasers from the very first listen. There’s also a lewd edge to them that always makes for a fun, unbridled set from the band. Their music is catchy, but with an eye on melody and musicianship that still packs a punch. You’re not likely to hear a ballad at a Streetlight gig and that seems right in line with the general aura of the band. As was the case at the show I attended in 2021, the Circus drew in a respectable number of attendees that were there in great anticipation of hearing them do their thing. It always renews my faith in rock n’ roll to see fans passionate about their favorite band at the grassroots level, and Streetlight’s fans are definitely that.”