New York rockers Streetlight Circus are set to go live on Facebook on July 14, 2017 at 9:00 pm EST when the group will be streaming a special “storytellers” style performance. 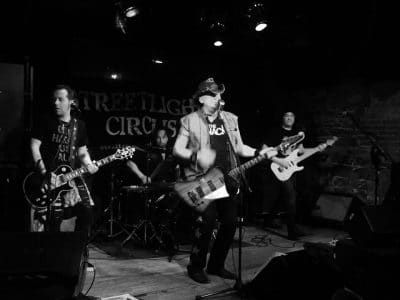 “On Friday, July 14th at 9 pm EST, New York City rockers STREETLIGHT CIRCUS will stream a live “Storytellers” style performance from Spin Recording Studios. The performance will feature many songs from the band’s latest release, Needle Down, as well as an old favorite or two. Needle Down was partially recorded at Spin Studios, a facility that has hosted recordings by such bands as Lamb of God, Black Tide, and Trans-Siberian Orchestra. To view Friday’s streaming performance, fans must “like” the Streetlight Circus Facebook page at www.facebook.com/streetlightcircus and tune in there to watch the event.

Streetlight Circus has updated its summer tour schedule to include the following dates:

More information and ticket links can be found at www.streetlightcircus.com“