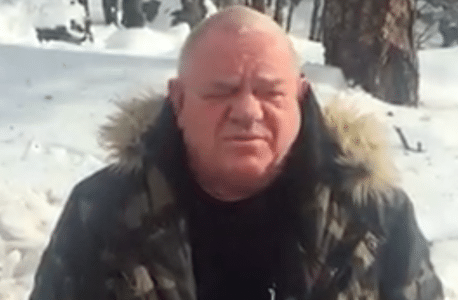 Canadian heavy metal rockers Striker came to the rescue for the Rickshaw Theater venue in Vancouver, Brisitsh Columbia, USA as Dirkschneider featuring former Accept singer Udo Dirkschneider had been stranded for a couple of days on an icy snow filled Oregon, USA highway.

Apparently, Edmonton, Alberta, Canada based Striker happened to be in town given that they were about to start their US headlining tour which kicks off tonight (on January 20, 2017) at the Highline venue in Seattle, Washington, USA.

With Dirkschneider providing the bad news to the Rickshaw Theater venue that they would not be able to make it due to being stranded on an Oregon highway, Striker agreed to play instead along with openers / local bands Kingdom and Turbo Vixen. 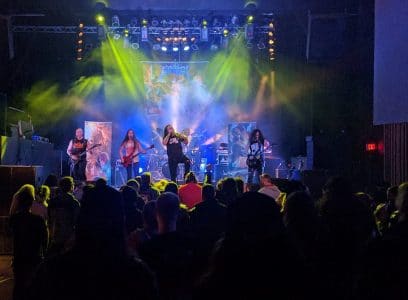 Dirtbag Republic‘s drummer and lead vocalist Sandy Hazard was scheduled to attend Dirkschneider‘s show in Vancouver on January 19, 2017 and advised Sleaze Roxx as follows: “Udo was set to play Vancouver last night, I believe it was his first show here in over a decade. Last time I recall him being in Vancouver was in the ’80s opening for Accept… which I saw. Udo had to cancel Seattle the other day as they were stuck on a closed Oregon highway due to very icy road conditions. That didn’t clear up yesterday, so they had to cancel Vancouver. I spoke to Striker guitarist Tim Brown before the show, and they were coming down to see Udo last night. Striker were in Vancouver getting their gear to start their own US tour in Seattle on Jan 20th. They got a call during the day from either the promoter or the club asking if they could play the show due to Udo being stuck in Oregon. They obliged and the original openers of the Udo show, Vancouver 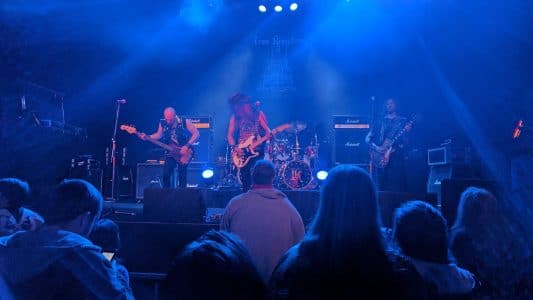 bands Iron Kingdom and Turbo Vixen remained on the bill. I’ve seen Striker open for Raven and last year on their US/CAN tour. Both times they were fantastic, so it was a no brainer to go to the show and I was stoked as Vancouver wasn’t on their upcoming tour dates. The show was still very well attended even though people were given advanced noticed through social media that Udo had been cancelled.”

Striker are set to release their new self-titled album on February 24, 2017 and have just released a new single “Born To Lose” which is available for streaming (see below).

Dirkschneider‘s next gig is tomorrow (on January 21, 2017) at Slim’s in San Francisco, California, USA. 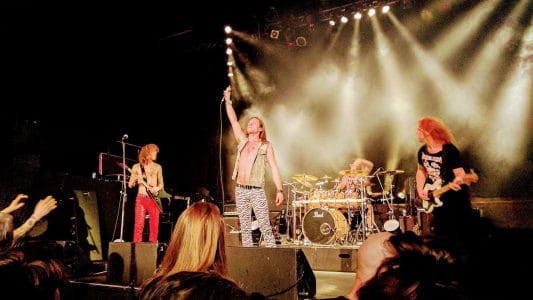 Sleaze Roxx had the opportunity to see and report on Dirkschneider‘s current tour on two occasions thus far. For Dirkschneider‘s Toronto, Ontario, Canada stop on January 10, 2017, Sleaze Roxx stated: “I was not the only person to think that I had just seen a really special performance as it seemed that the words “concert of the year” were being thrown around by a multitude of people after the show and subsequently on Facebook. Have I already seen my concert of the year for 2017? I wouldn’t be surprised if that was the case. Whatever the case, I know that the bar has been set very high by Dirkschneider for any other concerts that I will be seeing in 2017.”

With respect to Dirkschneider‘s Chicago, Illinois, USA stop on January 13, 2017, Sleaze Roxx stated: “He [Udo Dirkschneider] was engaged with the crowd and he owned that stage singing the songs as powerfully as he had done in his younger days. There was no doubt that this was a great night.”

Thank you to Dirtbag Republic‘s frontman Sandy Hazard for the report and photos. Dirtbag Republic released their self-titled debt album back in September 2015 to critical acclaim including from Sleaze Roxx and are poised to release their sophomore album in March 2017.