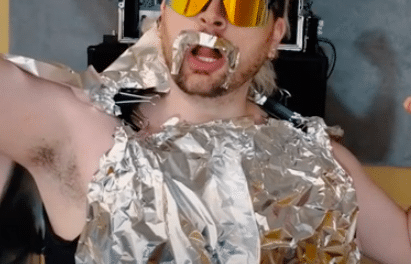 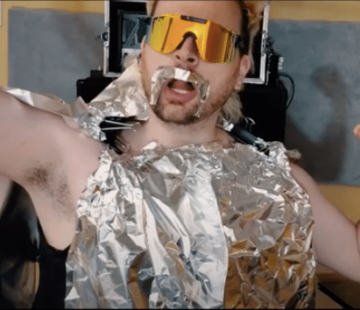 “Me Against The World” first appeared on Lizzy Borden‘s third studio album Visual Lies, which was released back in 1987.

Striker‘s last studio album Play To Win finished at #8 on the Sleaze Roxx’s Top Ten Albums of 2018 to which Sleaze Roxx stated: “Just like The Lazys, Canadian heavy metal rockers Striker seemingly keep getting better album after album. Play To Win is Striker‘s sixth full-length studio album and sees the band refining its sound even more to take the mantle as the best “melodic” heavy metal band out there. Having started off as mainly a thrash metal band, Striker‘s evolution from one album to the next is interesting to hear.

Play To Win sees lead vocalist Dan Cleary establishing himself once and for all as one of the premier heavy metal singers. Man, that guy can sing! Surprisingly, the vocal harmonies are truly outstanding on Play To Win with the closing track “Hands Of Time” as a prime example. I’ve always struggled with melodic rock albums because I can’t stand hearing keyboard sappy numbers but add a little grit or in the case of Striker, some real heavy metal music, you can end up with a killer album. Striker continue to push the boundaries with their sound while injecting more and more melodies, and keeping their songs a lot shorter. By the way, I am kicking myself for having passed on seeing Striker play live in Toronto earlier this year. What a stupid decision that turned out to be but how I was supposed to know that Striker would be coming up with one of my favorite albums of the year?”

Striker‘s “Me Against The World” video: