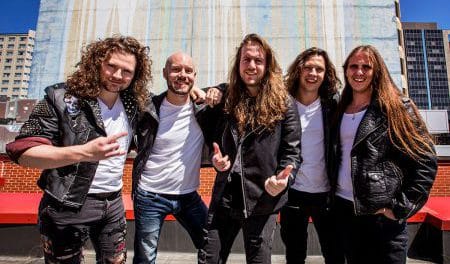 Striker release video for “Pass Me By” from self-titled album

Western Canadian heavy metal rockers, Striker, have released a video for their song “Pass me By” which is on their self-titled album, which was released back in February 2017. 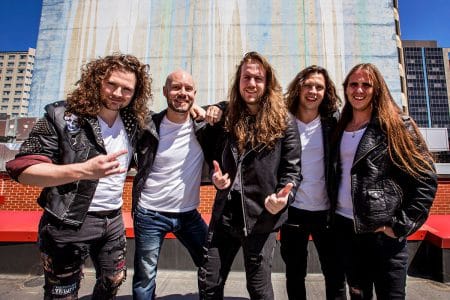 “I am kind of shocked on how well that Striker have been able to incorporate melodies into their thrash sound on Striker. Quite simply, the guys have done a great job simplifying their music and incorporating lots of melodies while keeping the thrash elements that they are known for. Aside from the less than one minute long “Cheating Death,” it’s pedal to the metal all the way through the album. Back when I had interviewed Striker guitarist Tim Brown a few months ago, I had suggested to him that Striker would have a more commercial sound than before based on what he was describing to me about the band’s new album. To me, “commercial music” has always pretty much meant selling out but in no way, shape or form are Striker selling out on their new self-titled album. Rather, they have come up with a very exciting combination of thrash meets a whole lot of melodic rock, and they should be applauded for those results.

Overall, Striker‘s new self-titled album is a very pleasant 30 plus minutes of thrash metal with tons of melodic rock references that make for one heck of an album!”

Striker‘s “Pass Me By” video:

STRIKER – Pass Me By (Official Video)

Official video for “Pass Me By” from the album, STRIKER, out now! Don’t forget to add us on Spotify and Apple Music to listen to our entire discography!See S…