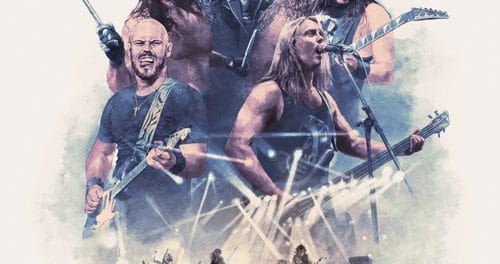 Canadian heavy metal rockers Striker are gearing up to release their sixth studio album Play To Win this upcoming fall. 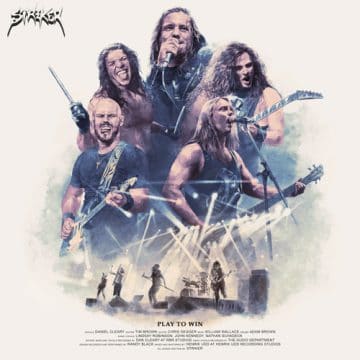 Striker guitarist Tim Brown told Bravewords: “Play To Win is bigger and better than anything we’ve done before. This is our 6th album, and for this one we have a few new tricks up our sleeve that we picked up while touring around the world with all kinds of amazing artists. This album was an absolute blast to put together and is designed from the ground up to get your party started.”

The group will be embarking on a mini-tour of Europe in about 20 days.

Sleaze Roxx stated the following in its review of Striker‘s self-titled last studio album released in early 2017: “The complaints that I had about Striker‘s sometimes overly complicated songs on their last album Stand In The Fire have evaporated on Striker this time around. That makes Striker one hell of an album. I note that I felt there were some Anthrax influences on Stand In The Fire and they are prevalent once again on Striker and especially with the songs “Pass Me By” and “Shadows In The Light.” It seems on those two tracks that Striker lead vocalist Dan Cleary could easily pass for Joey Belladona on Anthrax‘s second and third albums. Although guitarist Tim Brown is listed as the only guitarist, I find that there are some awesome guitar harmonies at times.”

Striker‘s “Pass Me By” video (from Striker album):

STRIKER – Pass Me By (Official Video)

Official video for “Pass Me By” from the album, STRIKER, out now! Don’t forget to add us on Spotify and Apple Music to listen to our entire discography!See S…