Nashville, Tennessee, USA based Stryke Lightning consisting of brothers Clint and Tate Richardson have released their debut single which consists of a cover of Ozzy Osbourne‘s track “Shot In The Dark.” 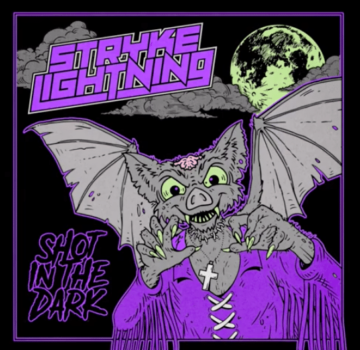 The following message was posted by Clint Richardson via Facebook on November 13, 2020:

“It’s out! This is our cover of Ozzy Osbourne’s Shot In The Dark, its available on Spotify, Apple Music, iTunes, YouTube, Amazon Music and Pandora. A big thanks to Nate Perry for production, mixing and mastering and to Dillon Gasca for bringing the thunder with the drums! Also thank you to James Lugo for helping me with singing. I’ve got a long ways to go but this is a start. Tate and I made a goal that we would get every guitar part in one take/performance with no comping, punch ins, or time correction. What your hearing is the way it came out when we tracked it. We wanted this to have an early Van Halen/Ratt vibe, so if there’s a little mistake, we left it because it sounds awesome. Play it loud!

Recorded at our homes.