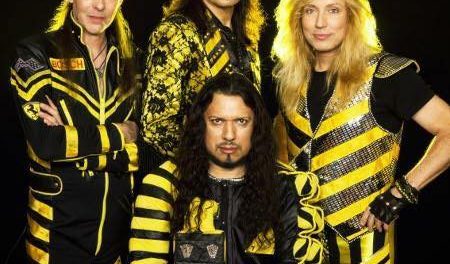 Christian rockers Stryper have announced dates for their 30th year anniversary tour to celebrate their 1986 album To Hell With The Devil. 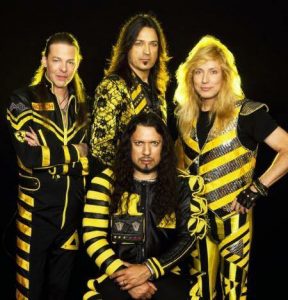 Wikipedia describes To Hell With The Devil (in part) as follows (with slight edits):

The album was listed at No. 88 in the 2001 book, CCM Presents: The 100 Greatest Albums in Christian Music. The album was the only heavy metal album on the list. Ian Christe, author of the heavy metal history book Sound of the Beast: The Complete Headbanging History of Heavy Metal (2003), mentions To Hell With The Devil in his book as one of the landmarks of the glam metal movement. Throughout 1987, both music videos for “Free” and “Honestly” ranked No. 1 on Dial MTV, the 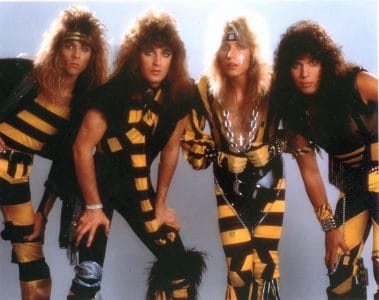 daily MTV list of most requested videos. The first single/video video for “Calling on You” also reached No. 2 on the show. “Honestly” was the biggest single from the record peaking at #23 on Billboard’s Hot 100 Singles Chart.

The original cover of To Hell With The Devil caused a torrent of controversy, and was soon changed to an all-black design. The original artwork depicted four long haired angels throwing the devil into a fiery pit. The cover was then changed on later pressings to a basic black cover with the Stryper logo and the album title in the center.” 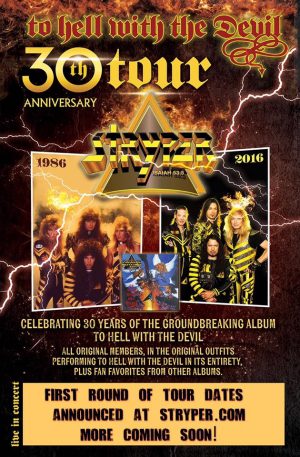